General cargo ship PHANTOM contacted bottom at around 1845 LT Sep 19 in Gota river near Lilla Edit, Sweden, while en route from Hamburg to Lidkoping Sweden, with cargo of coal. The ship continued sailing upstream until she reached Lilla Edet, where she was berthed for underwater survey. So far, no damages were found. As of 1800 UTC, the ship was in the same position, she’s to remain berthed until tomorrow, to be inspected by Maritime Authority officials.
General cargo ship PHANTOM, IMO 9226712, dwt 4500, built 2000, flag Antigua, manager INTERSCAN SCHIFFAHRTS MBH. 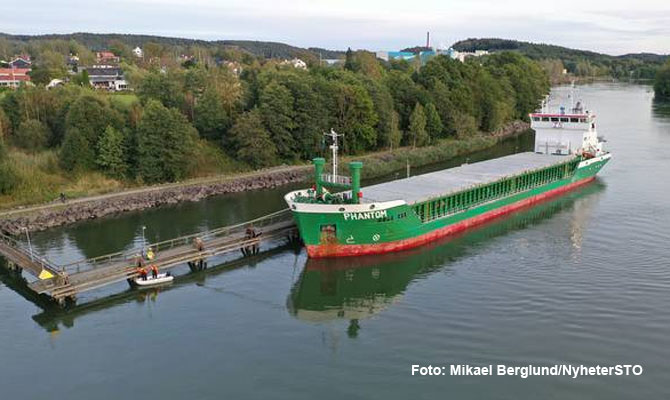