General cargo ship LEWANG ran aground on Kalampunian Island coast, Kudat, northernmost tip of Kalimantan, late Sep 8. The ship reportedly was refloated and taken to deeper waters, but prohibited to resume her voyage from Kinabaly to Sandakan, Sabah, Malaysia, northern Kalimantan. Investigation under way, owner is to settle compensation claims, because the ship grounded in protected marine park area. It is said, that grounding was caused by navigational error triggered but failed navigational device, whatever it may be.
General cargo ship LEWANG, IMO 9510230, dwt 3762, built 2009, flag Malaysia, manager APOLLO AGENCIES Malaysia. 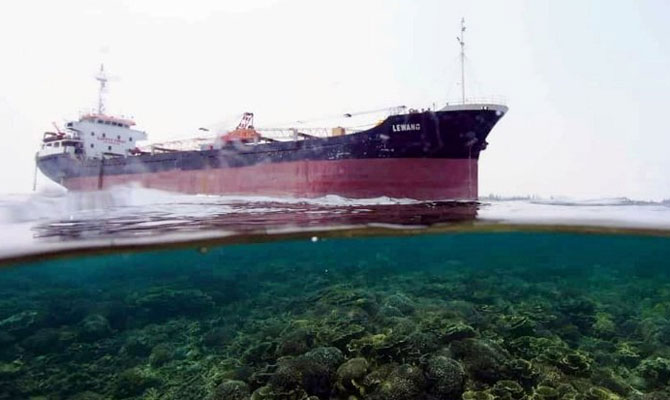