Capesize GOLDEN SAVANNAH arrived at Taean Port, Korea, Yellow sea, on Aug 25, and was berthed with some 120,000 tons of thermal coal for Power Plant, same day. The ship arrived from Colombia via Singapore. Later bulk carrier was stormed by Korean Customs officers, who were alerted by US Coast Guard. According to USCG information, there was a ship to arrive to Korea with cocaine lot on board, via Singapore. 4 bags with 100 kilo of cocaine were found, hidden in fore compartment, but not in cargo hold.
All Filipino crew are under investigation, the ship remains berthed at port.
Bulk carrier GOLDEN SAVANNAH, IMO 9723538, dwt 181044, built 2017, flag HK, manager GOLDEN OCEAN GROUP LTD (EQUASIS). 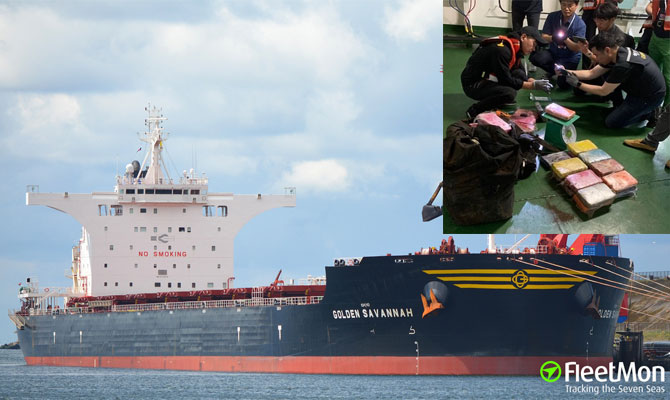