Aug 9 UPDATE: Fire extinguished, yacht looks like she’s resting on bottom, not anchored, probably intentionally. She’s surrounded by booms, still with some 150 tons of fuel on board. From the looks of her, she’s a total loss. Thai sources mentioned multimillion insurance.

Mega yacht LADY D caught fire in the morning Aug 7 in Ao Po Grand Marina yacht club, northern Phuket island, Thailand, Andaman sea. Firefighters couldn’t get equipment close enough to yacht, because she was berthed far from main pier, alongside pontoon. After attempts to put fire under control failed, it was decided to tow her to Koh Nang islet in vicinity of Phuket. Yacht was towed to nominated position, and reportedly, surrounded by booms, to prevent possible oil leak. Yacht, strangely enough, had dozens of tons of fuel in her fuel tank or tanks. Yacht was in understood, lay-up, waiting to be sold, with minimal crew on board. Nobody was injured. Decks 2 and 3, out of total 3 decks, burned out, in stern area. An owner, a British person, presently isn’t in Thailand. It is said, that the price tag for such a big yacht is mere 5 mill euro.
Mega yacht LADY D, IMO 7644219, GT 1285, length 56 m, built 1976, flag Cayman Islands, passengers up to 24, crew 16. Since Apr 2019 listed for sale, price tag 5 mil euro. 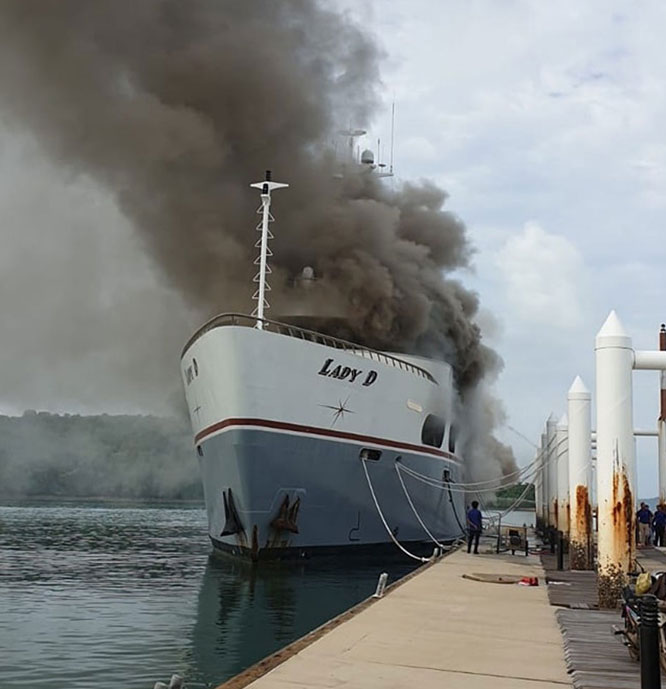 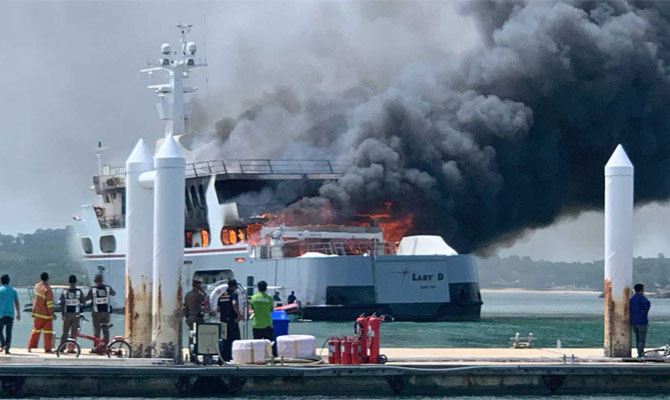 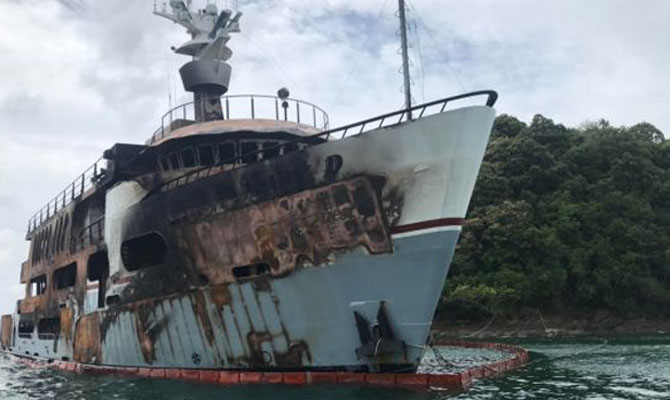 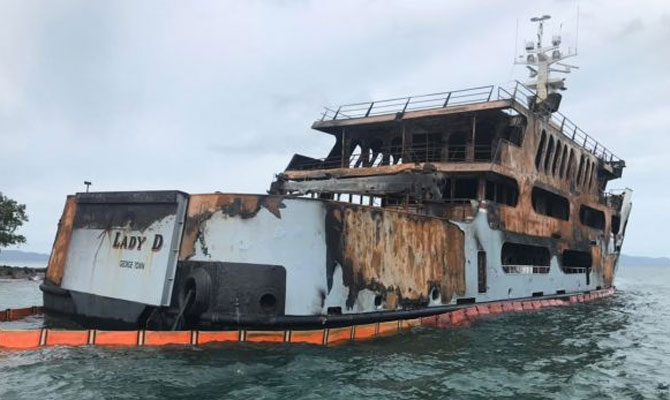 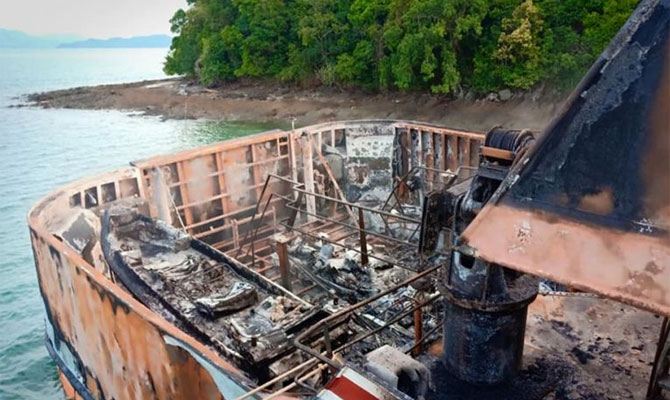 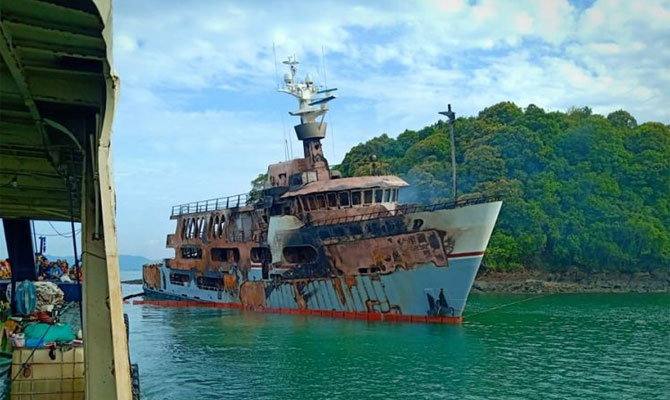 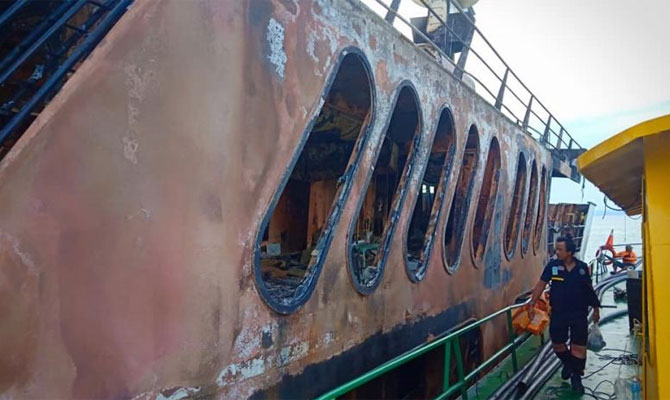 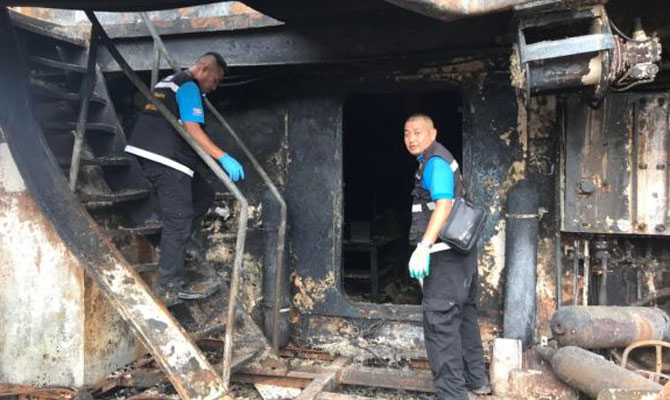