Aug 5 Update: Confirmed photo and video of seized ship, still labeled as “tanker”, are genuine. It’s obviously, an old small offshore supply ship, probably converted into deck cargo ship to carry goods in the region. Iran changed its’ version, now it is fuel smuggling, not oil smuggling. The ship probably, doesn’t have AIS, its’ name blurred on photos and videos, most probably because Iran is too embarrassed to reveal ship’s details and value. Not daring to attack big tankers in waters closely watched by USA and allied Navies, Iran turned to safer hunting grounds and easiest to hijack ships. Circus goes on – what ships are next to be hijacked: dhows, yachts, fishing boats?

Aug 4: Iran reported that its’ victorious revolutionary guards seized 7-crew “foreign tanker” carrying some 700 tons of smuggled oil, near Farsi island, in the afternoon Aug 4. “Tanker” was taken to Bushehr port, Iran. Hijacked ship wasn’t identified. According to published photo (seemingly genuine) and “tanker” details, Iran seized offshore supply ship, relatively small and old. One must be an idiot to smuggle crude oil by supply tug, carrying oil in what, in barrels, in buckets? 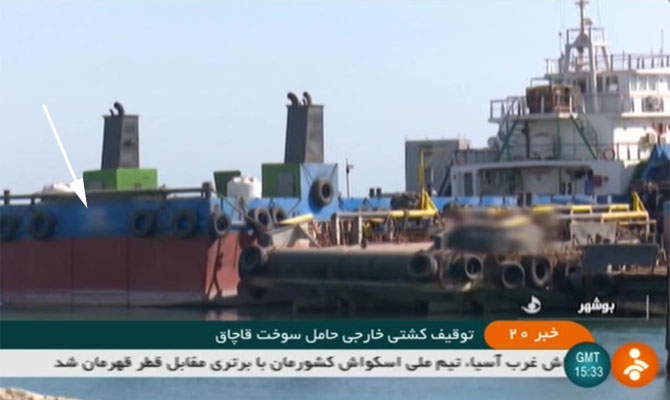 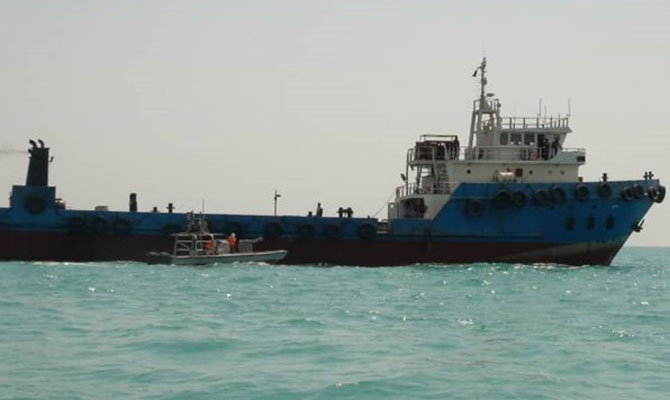