It looks like the UK-flagged product tanker STENA IMPERO was forced to move into Iranian waters while transiting Strait of Hormuz en route to Al Jubayl Saudi Arabia, Persian Gulf. Tanker turned hard a starboard at around 1527 UTC Jul 19, and moved straight into Iranian waters, as of 1620 UTC tanker continued sailing in Iranian waters, south of Bandar Abbas, at some 13.5 knots speed.
It does look like a hijack on high seas, and if it is so, it’s an act of piracy, absolutely unlawful seizure of a foreign tanker in international waters, by a rogue State military.
Product tanker STENA IMPERO, IMO 9797400, dwt 49683, built 2018, flag UK, manager STENA BULK. 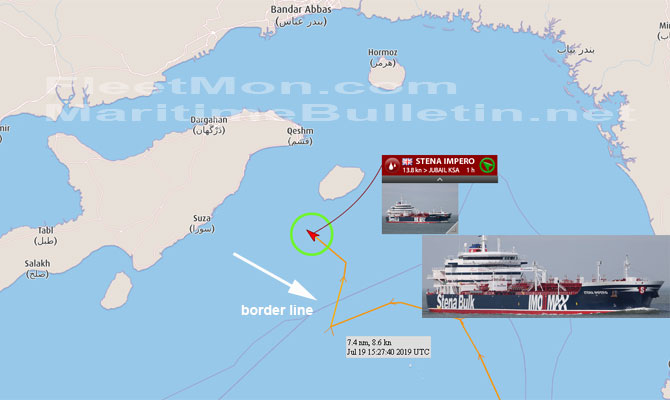