Container ship PERSADA X caught fire early in the morning Jun 29 at Tanjung Perak port, Surabaya, East Java. The ship judging from photos, was heavily damaged, superstructure and engine room burned out. No injures reported. Fire was extinguished in some 5 hours by shore fire teams, there were no people on board. PERSADA X is understood to be in a lay-up since March 2017.
Container ship PERSADA X, IMO 8647309, dwt 2300, built 1994, flag Indonesia, manager SAMUDERA LINTAS INDONESIA, Surabaya. 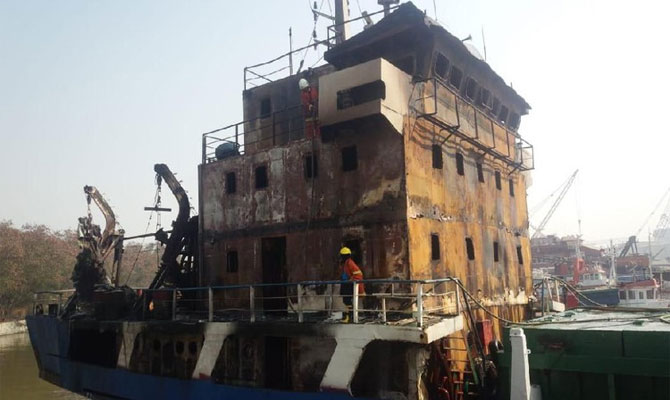 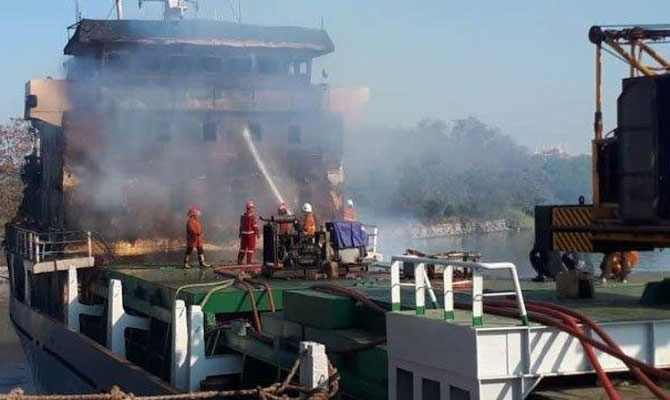