According to Greek Coast Guard statement issued on Jun 22, 9 stowaways were taken off STADT DRESDEN board in the morning Jun 22, and put in custody. Master had to issue a Notice or Letter, informing authorities, that the ship can’t keep migrants on board.
Questions:
Why illegal migrants weren’t taken off board as soon as the ship arrived at Piraeus?
Would they be taken off board, if incident wasn’t exposed?
Why Master had to inform authorities by special Letter, that the ship can’t keep on board undocumented aliens? Is it not clear by definition, that such aliens are a threat to ship and crew security and safety, and to port security also?
Why illegal migrants in the EU and other Western countries are in a privileged status in comparison with honest, law-abiding and hard working people, including seamen?

The crew of container ship STADT DRESDEN found 9 stowaways hidden in a container, they’ve surreptitiously boarded the ship at Casablanca, Morocco, intending to get to Europe. STADT DRESDEN arrived at Piraeus Anchorage, Greece, on Jun 20, authorities were duly informed on presence of illegal persons on board.
And here comes outrageous part of this, on the face of it, rather trivial story – Greek Coast Guard, according to local news outlets, interrogated “migrants” and was quite satisfied with their plan – stowaways weren’t after Greece, they plan to disembark in another European country. Next port of cal will be Zeebrugge, Belgium. CG made sure they are comfortably settled in cabins, and didn’t bother them any more. Understood, they were cleared to remain on board. https://www.newsit.gr/ellada/limani-peiraia-vrethike-konteiner-gemato-lathrepivates-mesa-se-ploio/2807935/

What does it all mean? How can it be possible? 9 illegal persons are to continue their sea cruise, until they find country which will benefit and please them most? What about crew? What about ship and cargo? What about ship owner? What about security and safety? What’s the use of ISPS, if any alien may sneak on board of the ship, declare himself a migrant, and stay on board for as long as he wants?
Maybe there’s a mistake or some kind of misunderstanding? First and foremost obligation of any responsible State is to remove stowaways, i.e. illegal migrants, i.e. perpetrators, from a commercial ship, to ensure safety of crew, ship and cargo, and port. 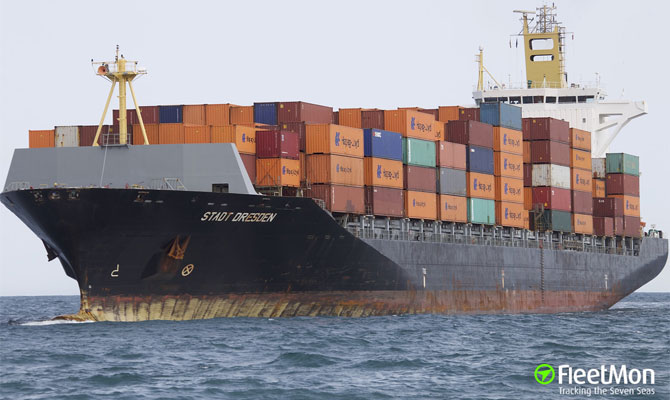