Jun 16 0400 UTC: Car carrier DIAMOND HIGHWAY was reported abandoned, disabled, late LT Jun 15, in South China sea in vicinity 12 40N 117 14 E, SW of Manila, see map. The ship was en route from Singapore to Batangas, Philippines. The ship went NUC and started to drift at around 1530 UTC Jun 15, AIS went off several hours later, most probably because there’s major fire on board, spreading to bridge. Crew abandoned the ship and were picked up by nearby merchant ship, no injures reported. On Jun 16 K Line according to some sources, contracted salvage company NIPPON. 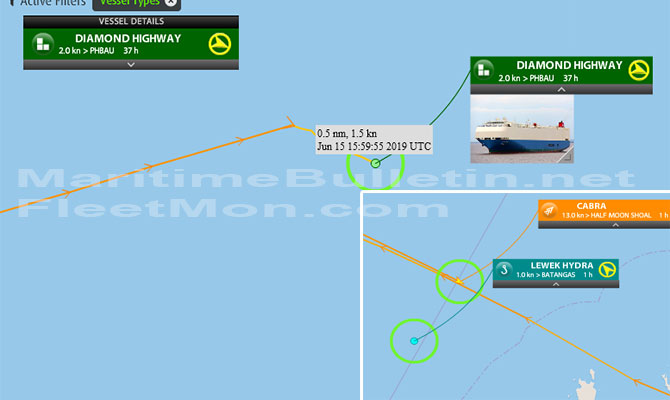