1500 UTC Update: Fire understood to be extinguished by crew using water cannons, meaning that at least part of the crew remain on board. Of course there were no torpedoes or equally powerful explosion device. Rounding it all up, the whole story is a mystery.

1430 Update: On latest available photo there’s already no fire. Burned out by itself?

1420 UTC Update: Photo was published by allegedly, one of Russian crew of MT FRONT ALTAIR. Photo obviously, was taken from tanker’s bridge.

1230 UTC Update: Both tankers are afloat, dead in the water. If there’s major fire, it’s on board of FRONT ALTAIR, while second damaged tanker, KOKUKA COURAGEUS, understood to be more or less safe. According to Japanese sources, KOKUKA COURAGEUS was hit by something in engine room area starboard, above waterline. Hit and probably, explosion, caused fire in engine room.
FRONT ALTAIR is suffering fire starboard in middle – stern tanks area, judging from photos published by Iranian News Agency. Looks similar to Iranian crude oil tanker SANCHI (IMO 9356608, dwt 164154) fire in Jan 2018, after collision. Tanker burned out and sank, claiming lives of all crew. If photos are real, it’s a major fire which probably may lead to total loss, if no salvage actions taken ASAP.

Crude oil tanker FRONT ALTAIR with cargo of crude, en route from Al Ruways UAE to Taiwan, and chemical tanker KOKUKA COURAGEUS with cargo of methanol, en route from Saudi Arabia to Singapore, caught fire after reportedly, being attacked in Gulf of Oman, in roughly the same area in vicinity 25 20N 057 30E, see pic. Both tankers were under way, what exactly hit them is yet unknown, though some sources mention torpedoes. FRONT ALTAIR was attacked at around 0230 UTC, KOKUKA COURAGEUS was attacked some 3 hours later at around 0600 UTC.
Reportedly crews of both tankers abandoned ships and were picked up by nearby merchant ships. As of 1610 UTC Jun 13 both ships were drifting, but their AIS were still on, meaning that fire didn’t destroy or damage superstructure and bridge.
Nothing decisive can be said about attacks, who, why and how, and any version is nothing more than speculation, as of now. Including torpedoes hits version.
Crude oil tanker FRONT ALTAIR, IMO 9745902, dwt 109894, built 2016, flag Marshall Islands, manager FRONTLINE.
Chemical tanker KOKUKA COURAGEUS, IMO 9568495, dwt 27000, built 2010, flag BERNHARD SCHULTE SHIPMANAGEMENT SINGAPORE (AIS). 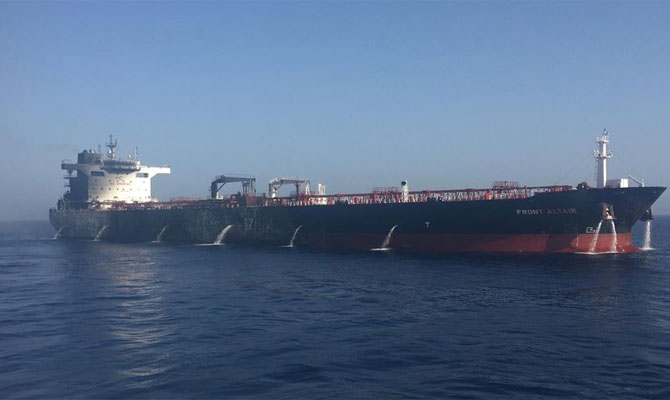 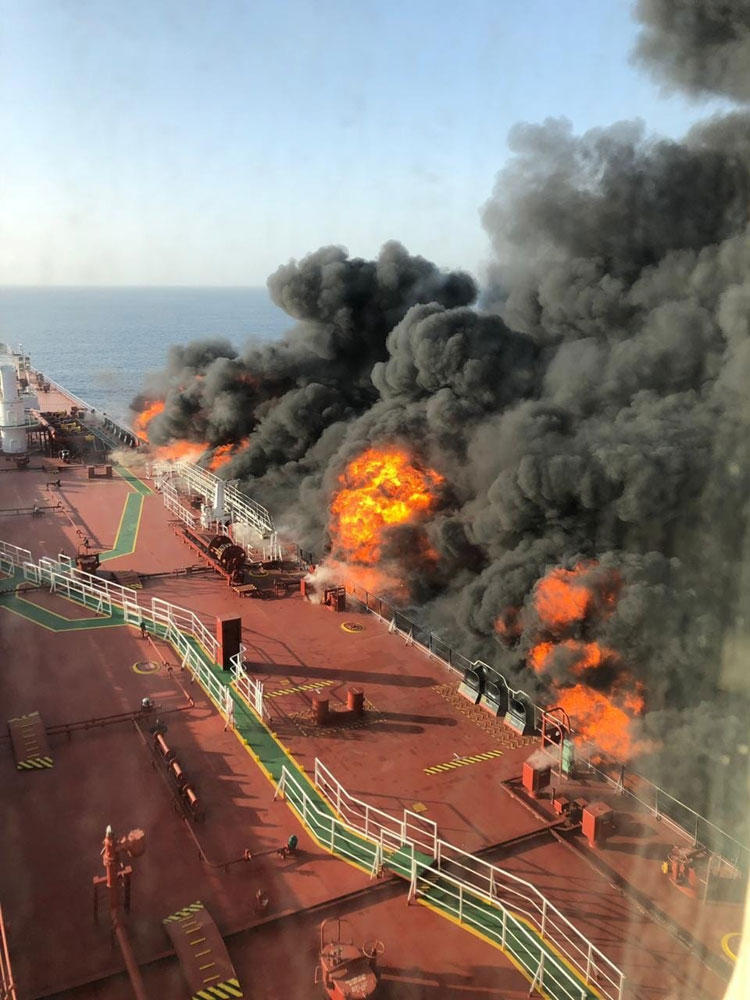 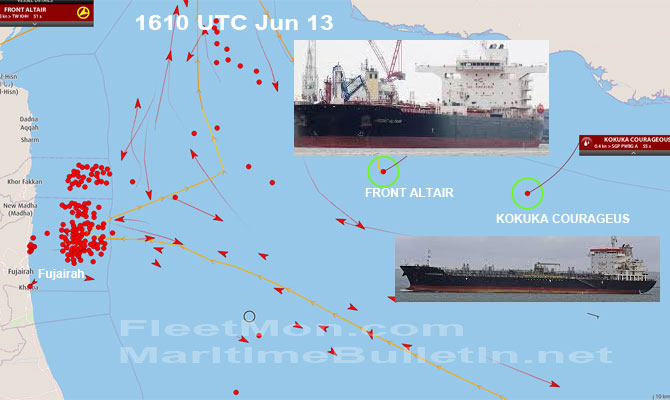 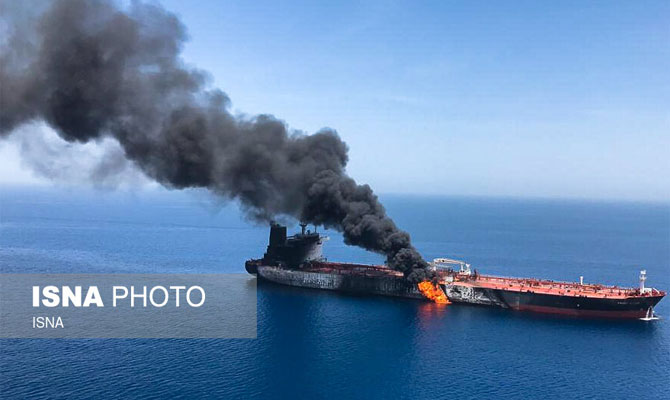