1730 UTC: Container ship APL DANUBE ran aground in Suez Canal while transiting in southern direction, en route from Istanbul to Jeddah, at 1715 UTC Apr 19, in southernmost Great Bitter Lake. According to AIS, all traffic was suspended.

1905 UTC Update: The ship was refloated by two tugs at 1900 UTC, started moving south. No information yet on the cause of grounding. APL DANUBE as of 1915 UTC seems to be under tow, and not under command.

0630 UTC Apr 20: APL DANUBE towed by at least four tugs as of 0630 UTC was approaching Suez, still in Canal. According to AIS, Canal traffic is still blocked. The ship was moored or anchored soon after refloating, near grounding site, resumed moving under tow about an hour later, at a dead slow speed. What happened to the ship, is still unknown – she could suffer damages running aground, or she could be disabled by some major problem. 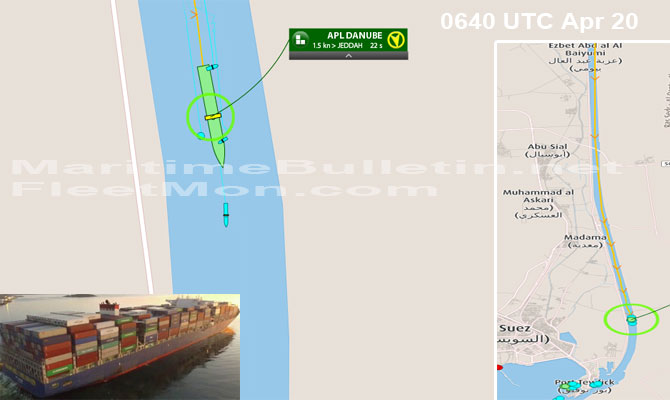 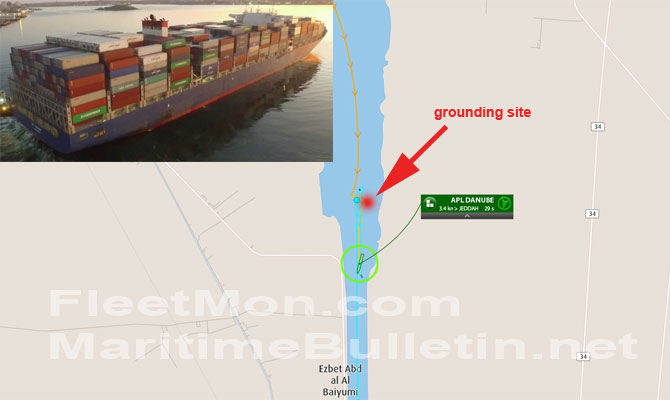