General cargo ship TANGO SOL developed a heavy starboard list while docked at Hartlepool, UK, reportedly on Mar 29. The ship arrived at Hartlepool on Mar 28, as of Apr 5 she was still at port, understood still listed. According to reports, the ship developed list in a short time, causing capsizing fears, so the crew left the ship and went ashore. What happened, did crew returned on ship or still remain ashore, is yet unknown. The ship is apparently, in load, she arrived on Mar 28, it may be cargo shift triggered by faulty ballasting. All photos full-scale https://www.gazettelive.co.uk/news/gallery/tango-sol-general-cargo-ship-16081227
General cargo ship TANGO SOL, IMO 9155901, dwt 6067, built 1997, flag Cook Islands, manager TANGO GEMICILIK SAN VE TIC LTD, Turkey (EQUASIS). 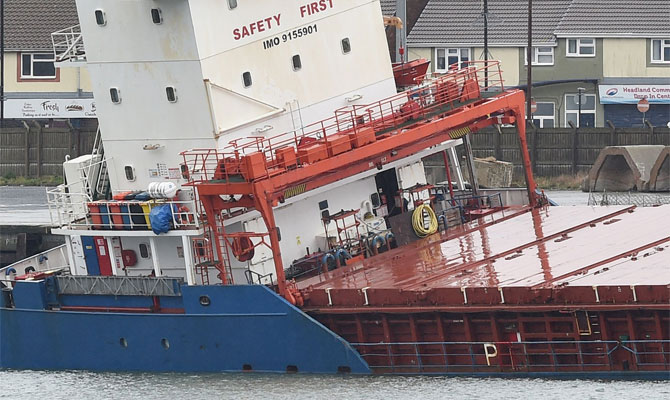 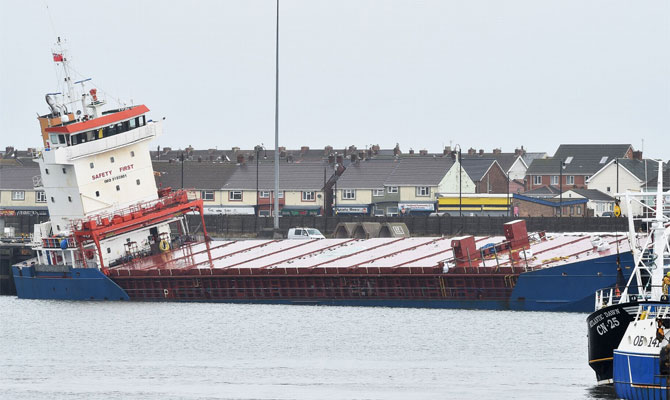