Ferry APOLLO is in trouble again, after hitting pier at Matane, Saint Lawrence River at the mouth of the Matane River, Canada, at around 2100 LT Mar 16. Stern ramp was damaged, ferry developed visible stb list, and was banned from scheduled sailings. On Mar 17, ferry was at Matane, undergoing inspection and damage assessment.
APOLLO collided with port structure at Godbout just 3 weeks earlier:

Ferry holed, banned from sailings, St. Lawrence river
February 25, 2019
Ferry APOLLO connecting Matane, Baie-Comeau and Godbout, St. Lawrence river, Canada, suffered a hole 1×2 meters size in the hull, in a collision with unidentified port structure in the morning Feb 25, in Godbout. All scheduled trips were cancelled. Ferry remained berthed in Godbout, to be surveyed and repaired. 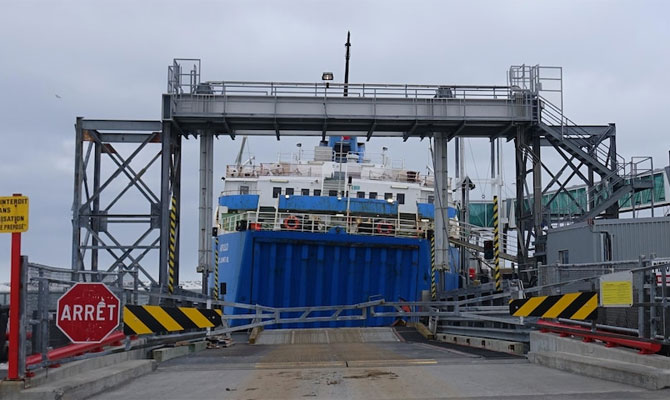