Tanker AGIOS GEORGIOS I ran aground on rocks of western Andros island, Greece, Aegean sea, at night Mar 15, while approaching Gavrio port. The ship is loaded with some 850 tons of oil, no bloody leak reported so far. Tanker was to be surveyed by divers during Mar 16 daytime, prior to refloating attempts. As of 1400 UTC Mar 16, tanker was still aground, with tug nearby.
Product tanker AGIOS GEORGIOS I, IMO 8504818, dwt 985, built 1986, flag Greece, manager ? 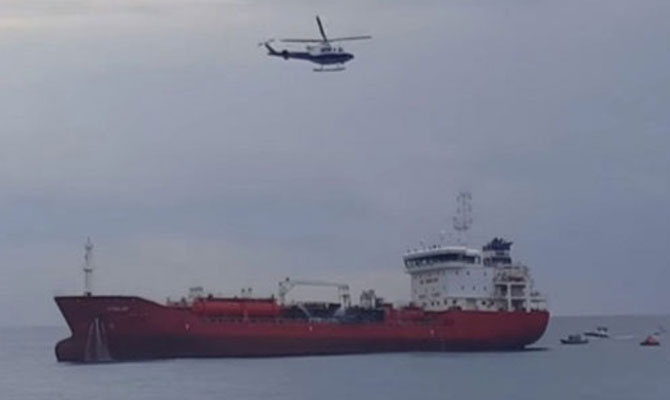