Indian research vessel SAGAR SAMPADA, engaged in research works, caught fire at night Mar 15 off Mangalore, Western India, Arabian sea, with 36 crew and 16 scientists on board. Two ships of Indian Coast Guard , SUJAY and VIKRAM, were deployed, and reportedly, fire was extinguished. It was said, that vessel was to be towed to Mangalore, and crew and scientists were safe. As of 0400 UTC Mar 16, SAGAR SAMPADA was about in the same position, with SUJAY and VIKRAM at her side.
Research vessel SAGAR SAMPADA, IMO 8300080, GT 2661, built 1984, flag India, owner SCI. 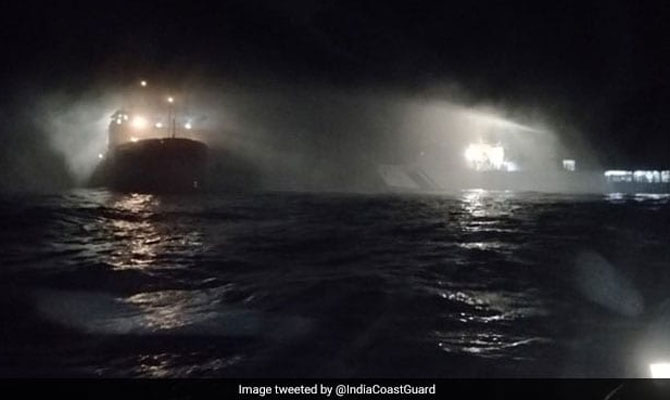