Pipe laying ship OCEAN CONSTRUCTOR suffered fire in engine room in the morning Mar 13 in Gulf of Mexico, while laying pipe line at Ku-Maloob-Zaap oil field, Mexico. There were 181 people on board, including construction personnel and 25 crew. All personnel was evacuared in some 4 hours, no casualties, no injures reported. Crew remained on board to fight fire, with the help of offshore tug or tugs. As of 1500 UTC Mar 15, OCEAN CONSTRUCTOR was moving at a reduced speed, most probably under tow, north of Tabasco, port of destination unknown. Extent of damages unknown, fire understood to be extinguished.
Pipe laying ship OCEAN CONSTRUCTOR, IMO 7814424, GT 9640, built 1980, flag Vanuatu, owner OCEAN CONSTRUCTOR HOLDING LLC. 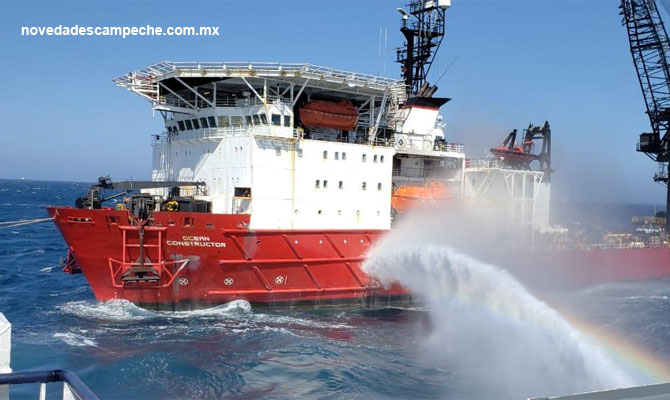