JSC Rosoboronexport, Russian sole state intermediary agency for Russia’s arms exports/imports, filed lawsuit against Baltic Trans-Port Company, S-Petersburg, Charterer of of Russia-flagged general cargo ship NIKIFOR BEGICHEV, for damaged cargo of S-400 missile system components, and understood, missiles also, in January 2018, all of them found to be in irreparable condition and a total loss. ROSOBORON estimated total loss to be some $165 mil. The system in question was sold to China, ROSOBORON claimed it will deliver to China a new system instead of a lost one.

January 2018 news:
General cargo ship NIKIFOR BEGICHEV sailed from Ust-Luga on Dec 30 2017, destination China. During the night Jan 3 2018 she ran into storm and experienced trouble with bulky cargo on cargo deck. The ship was drifting for some time, and at around 0500 UTC Jan 3 turned back. The extent of damages sustained by ship is of course, unknown. She returned to Ust-Luga anchorage on Jan 9. As of 1700 UTC Jan 19, NIKIFOR BEGICHEV was still at anchor on Ust-Luga anchorage. 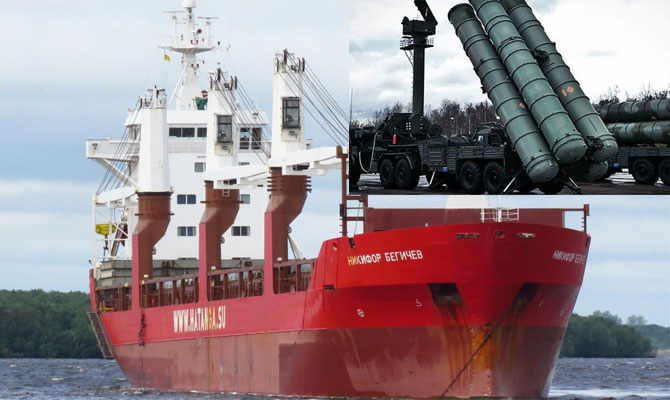