Container ship OLGA MAERSK suffered fire in engine room on Jan 29, according to operator of the ship, HAMBURG-SUD, official press-release:
…We regret to advise that on January 29th a fire in the engine room on board the vessel OLGA MAERSK was reported while the vessel was on route from Panama to Cartagena. All crew on board the vessel are safe and accounted for…
According to track, fire erupted at around 1200 UTC Jan 29 in the Caribbean, some 120 nm NE of Colon, Panama. The crew managed to extinguish fire, but there were apparently, some problems, the ship started moving only on Jan 30, and turned back to Colon, reaching Colon later that day. As of Feb 1, OLGA MAERSK was still at Colon.
Container ship OLGA MAERSK, IMO 9251614, dwt 41028, capacity 3028 TEU, built 2003, flag Denmark, operator HAMBURG-SUD. 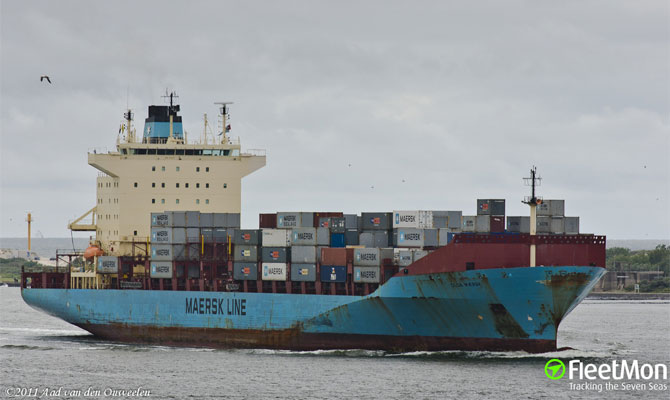