General cargo ship ESER was detained in Praia port, Cape Verde, on Jan 31, after police found and seized 9.5 tons of cocaine on board. All 11 crew, said to be Russian citizen, were arrested. The ship sailed from Colon Panama on Jan 4, bound for Tangier, Morocco, but had to make an emergency call at Praia, after one of the crew died, cause of death unknown. By the time the ship docked at Praia, Jan 31, local police already knew about possible drug smuggling.

CORRECTION: Former owner of the ship, Turkish company 888888, informed MB, that EQUASIS and other sources records are outdated, the ship was sold on Nov 6 2018 to new, present owner, company Ecolive de Panama. 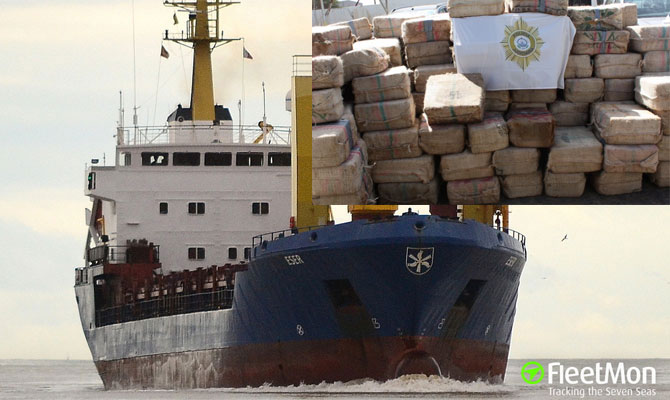