General cargo ship LOUISE AUERBACH lost control and stuck into embankment at Suchsdorf, Kiel Canal, at around 1200 UTC Jan 6, shortly after leaving Holtenau locks. The ship blocked Canal traffic. Tugs manager to release her at around 1330 UTC, turned her around and took her to Projensdorf, where according to AIS, she was moored at 1430 UTC. No information on damages.
General cargo ship LOUISE AUERBACH, IMO 9388895, dwt 12651, built 2007, flag Liberia, manager AUERBACH BEREEDERUNG GMBH & CO. 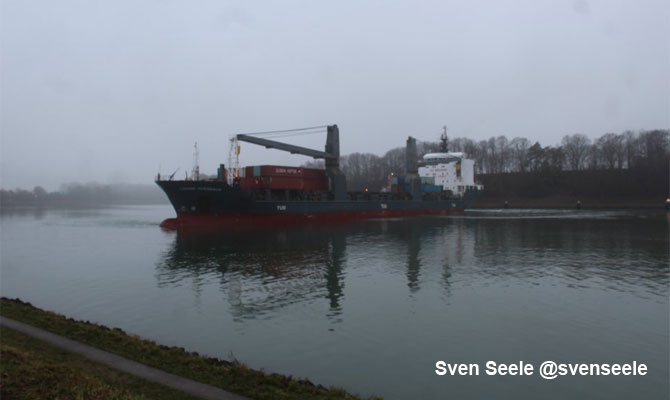 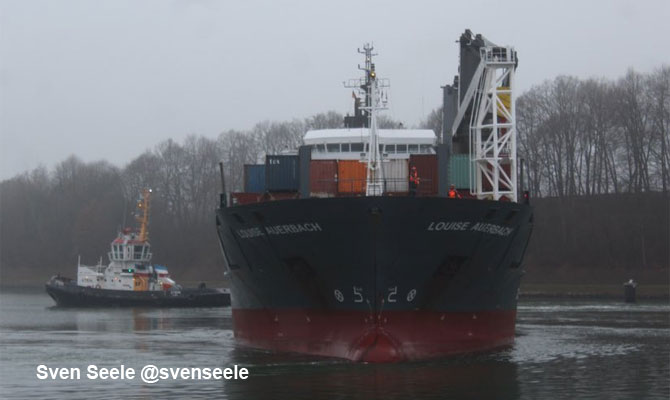