18 firms pick up bid docs for Map Ta Phut. The winning bidder for the port’s third phase will be announced in February.
The Industrial Estate Authority of Thailand (IEAT) says 18 local and foreign companies bought envelopes for the auction of Map Ta Phut port’s third phase, a project worth 55.4 billion baht.
On Nov 21, the IEAT closed the sale of envelopes containing terms of reference. Ten of the bidders are Thai companies: Gulf Energy Development Plc, PTT Global Chemical, PTT Tank Terminal Co, Thai Tank Terminal Ltd, Electricity Generating Plc, Sinohydro Corporation Co, Sahakarn Wisavakorn Co, Italian-Thai Development Corporation Plc, Ratchaburi Electricity Generating Holding Plc and Unique Engineering and Construction Plc.
Of the foreign companies, four are from China, two are from Japan, one is from Sweden and the other is Dutch. The eight are China Harbour Engineering Co, China Railway Construction Corporation Ltd, CHEC Thai Co, China Communication Construction Co, Tokyo Gas Co, Mitsui & Co, Boskalis International and Vopak LNG Holding.
After buying an envelope, each bidder must join a meeting detailing the auction conditions, then visit the site in Rayong province on Nov 28.
Bidders must submit their proposal papers to the IEAT by December. The winning bidder will be announced in February.
“The IEAT expects to sign a contract with the winning company after the announcement, and the seaport’s third phase is expected to begin operations in 2025,” Ms Somchint said.
The third phase occupies 1,000 rai and is one of five megaprojects under the government’s Eastern Economic Corridor (EEC) scheme spanning the provinces of Chachoengsao, Chon Buri and Rayong.
Map Ta Phut port has 32 wharves with 12 operators. The port has had a compound annual growth rate for transferred goods of 5.3% over the past decade.
Bangkok Post Nov 23 2018

Map Ta Phut Industrial Port, Phase 3
Map Ta Phut Industrial Port, Phase 3, in Rayong will help expand imports of raw materials for the petrochemical industry and bio-economy. It will also accommodate the growing volume of liquefied natural gas from 10 million tons to 62 million tons a year. The project, which is under the supervision of the Industrial Estate Authority of Thailand, will be opened for private investment in 2018. It is expected to be completed in 2024.

Map Ta Phut Industrial Port
Map Ta Phut Industrial Port is located in the Map Ta Phut Industrial Estate area in the Map Ta Phut subdistrict of the Muang Rayong district of Rayong, south central Thailand on the shores of the Gulf of Thailand about 27 kilometers east of Sattahip Commercial Port and about 150 nautical miles southeast (about 220 kilometers by road) of the Port of Bangkok. It occupies an area of 160 hectares (396 acres, 1,000 rai) which comprises 88 hectares (217 acres, 550 rai) of foreland, and 72 hectares (178 acres, 450 rai) of hinterland, with a total quay length of 2,229 meters.
The Map Ta Phut Industrial Deep Seaport is a transportation port created in line with international standards. As of 2016, it saw the shipment of 43 million tons per year, with gas and oil transportation accounting for 57%, coal 18%, chemicals 16%, and other substances accounting for 9% of shipments. The total value of the goods which were transported to and from Map Ta Phut Industrial Seaport was 430 million THB.
There are a total of 12 operators, and 32 berths with 9 dedicated terminal operators and 3 public terminal operators. Currently, the seaport is working at maximum capacity, thus requiring immediate expansions to allow for higher capacity of shipments. 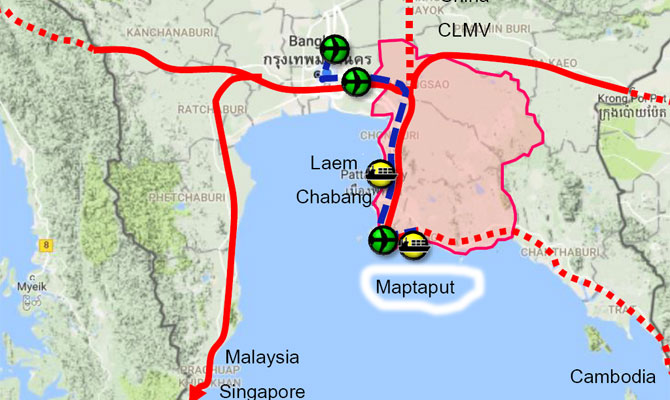 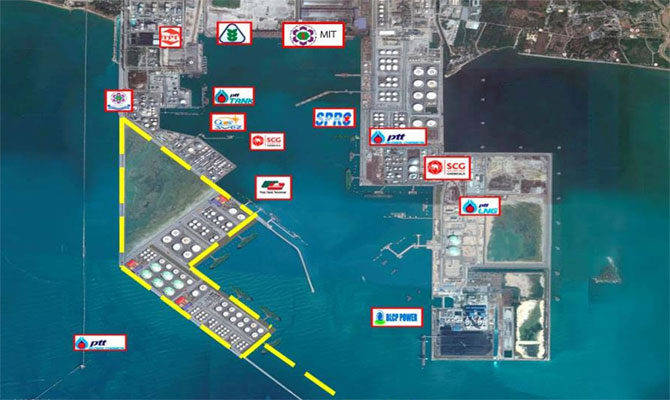 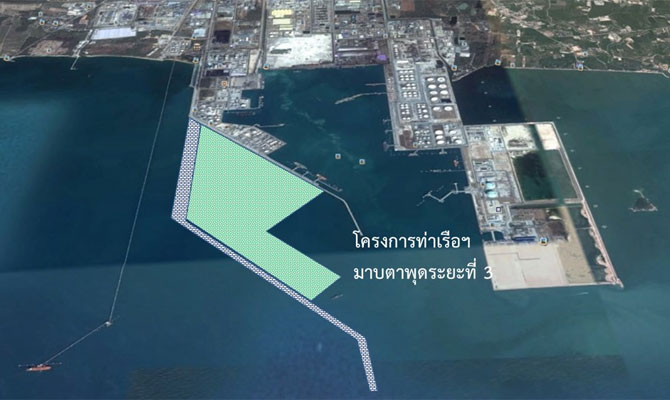 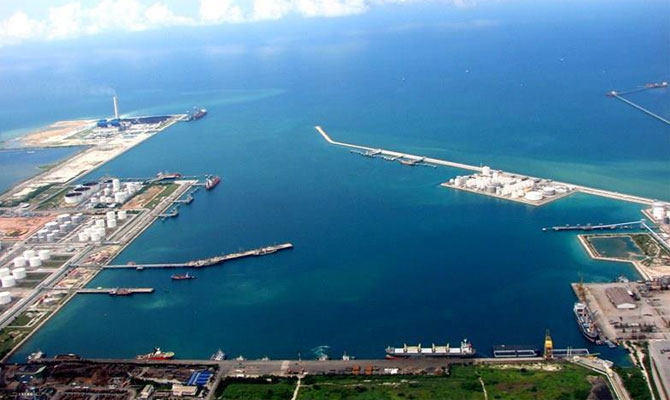 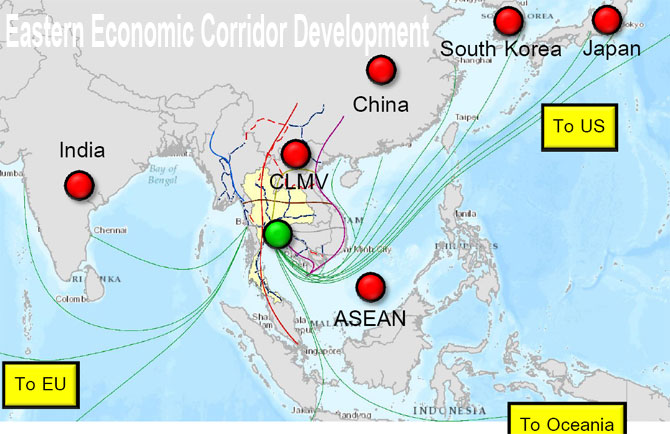 Visiting my friends, Master and Chief Engineer of a bulk carrier, berthed at Map Ta Phut 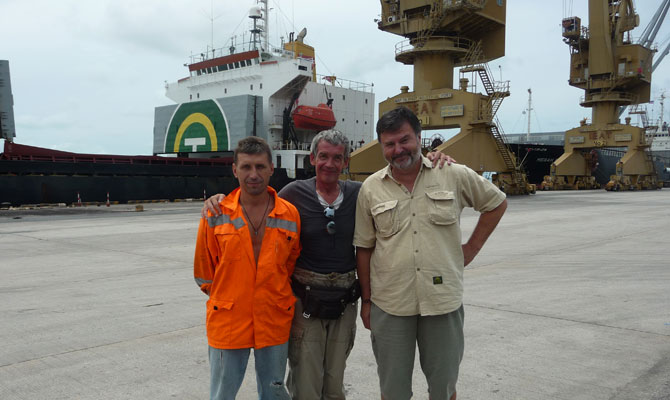 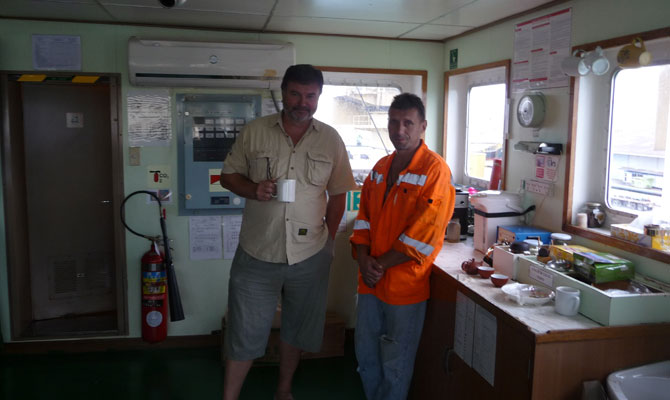 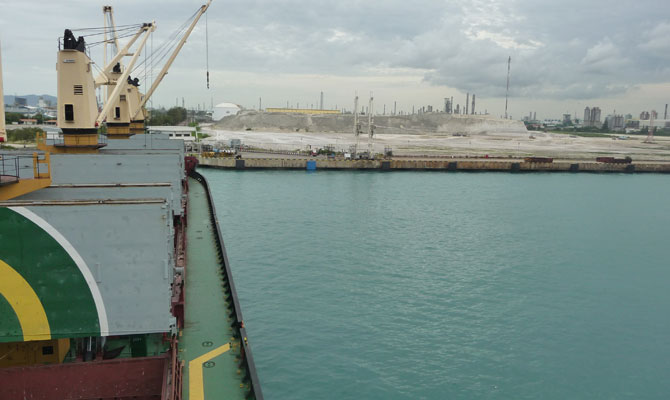 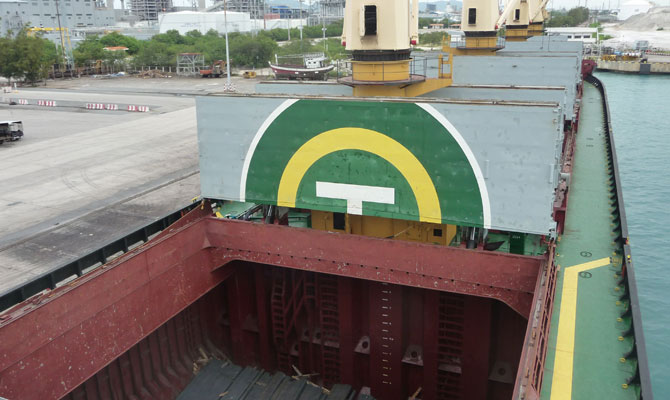 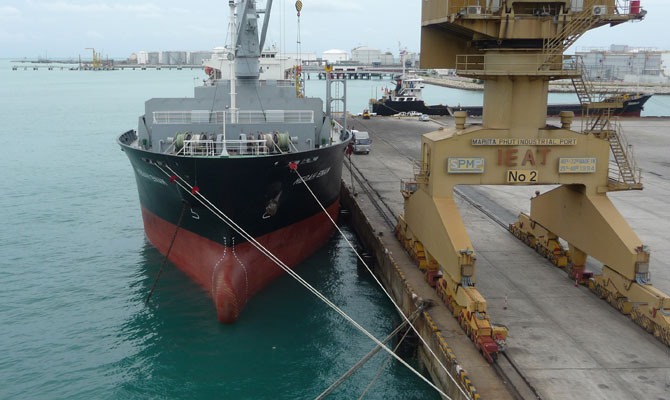 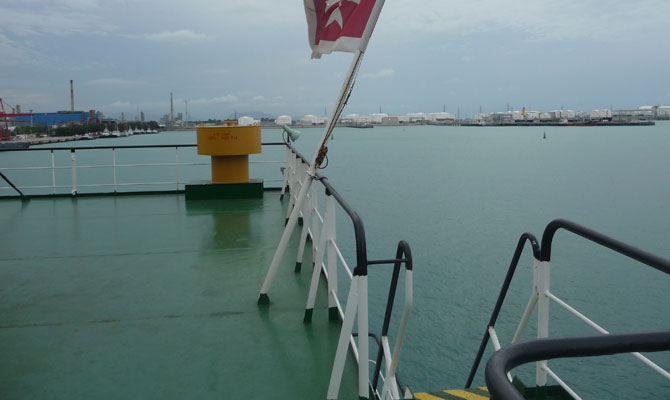 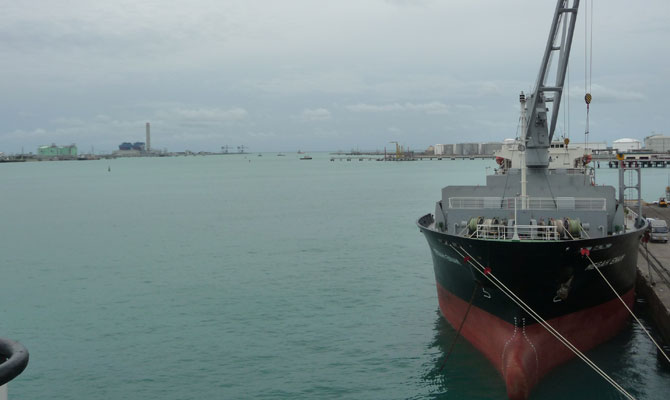