Two crew of Panama-flagged freighter died from poisoning and one was hospitalized at Montevideo port on Nov 13, all of them being of Filipino nationality. According to preliminary investigation, they’ve been poisoned by tozic gas while assisting in wood offloading operation, local sources said. The ship wasn’t identified, but most probably, it’s general cargo ship AMERICAN BULKER with Filipino crew.
Information, with regards to ship’s name and some other details, is not yet confirmed by other sources.
General cargo ship AMERICAN BULKER, IMO 9736420, dwt 36228, built 2016, flag Panama, manager EIKO KISEN CO LTD. 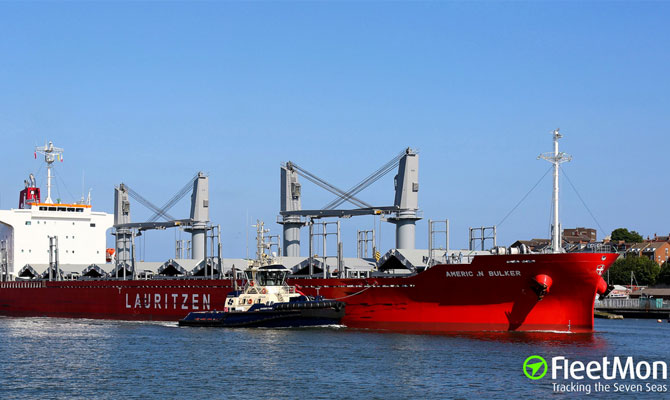