Comment: Again, laden massive cargo ship collided with Navy frigate, similar to accidents which occurred with USA Nay frigates in Japan and off Singapore, recently. Understood frigate was hit by tanker, it’s like feather-weight boxer being hit by super weight clumsy, slow moving giant boxer. Whatever the situation and ships positions were according to COLREG, Navy is the main culprit. Aframax tanker in full load is restricted in maneuverability by definition, while frigate, by definition, is speedy maneuverable vehicle, supposedly always ready for dangerous situation, manned by a numerous crew. 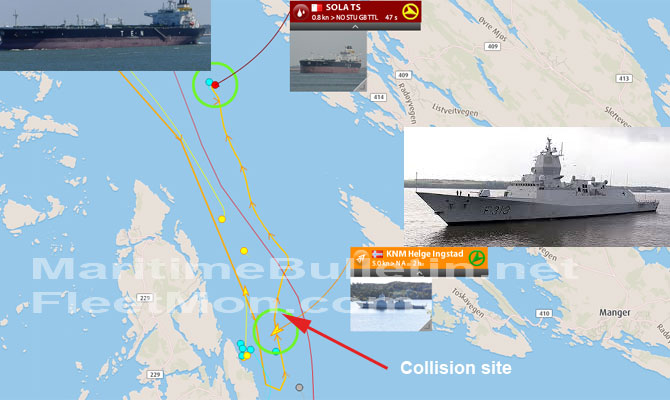 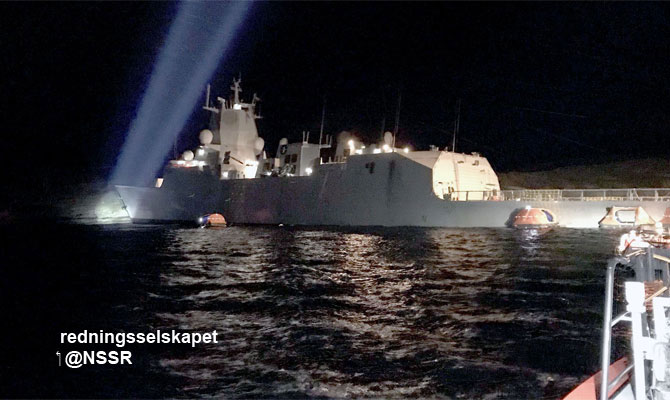 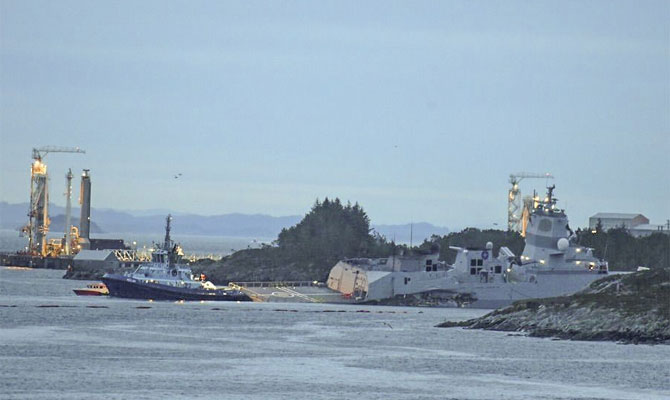 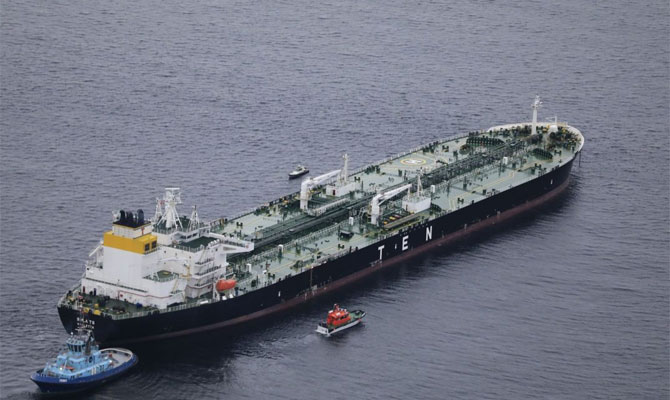