Oct 28: 12 crew of a Swiss bulk carrier GLARUS were released and are already in Switzerland, said one of involved parties, Slovenian Ministry of Foreign Affairs. All understood to be in good health, considering circumstances. Of course no details were given on release and conditions of the release, but almost undoubtedly seamen were released after ransom was paid. All in all it took four weeks for talks, arrangements and other actions – more or less standard time required for the release of seamen hijacked by Nigerian pirates.

September 24
Sep 24 Update: Twelve crew members of a Swiss merchant vessel kidnapped by pirates off the coast of Nigeria are from the Philippines, Slovenia, Ukraine, Romania, Croatia and Bosnia.
Swiss bulk carrier GLARUS was attacked at around 0500 UTC Sep 22 in position 03 45N 006 43E, some 48 nm south of Bonny, Bight of Bonny, Gulf of Guinea, Nigeria. According to Massoel, Geneva-based owner of the ship, 12 out of 19 crew were kidnapped. Bulk carrier was en route from Lagos to Harcourt, Nigeria. The ship reached Bonny anchorage at around 1200 UTC and was brought to anchor. No other information available at the moment. 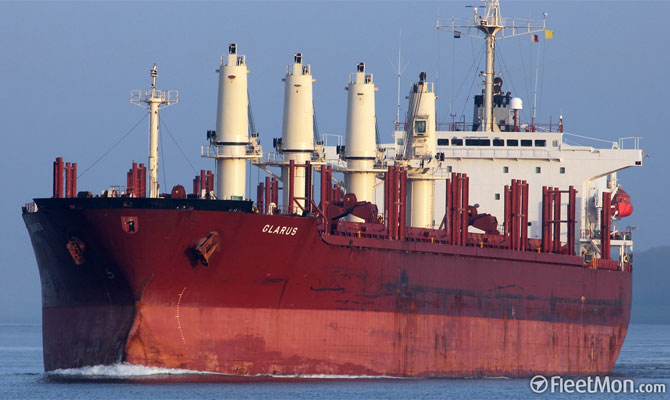