General cargo ship AMADEUS AQUAMARIJN understood to be troubled in Bay of Biscay off Brest in the morning Oct 13, while en route from Kiel to Lorient. According to French MRCC, SAR tug ABEILLE BOURBON was deployed, the ship was taken on tow around midday and has been towed towards Brest, but according to track, managed to get under way in the afternoon.
General cargo ship AMADEUS AQUAMARIJN, IMO 9223423, dwt 2688, built 2000, flag Netherlands, manager BOCK MARITIEM BV. 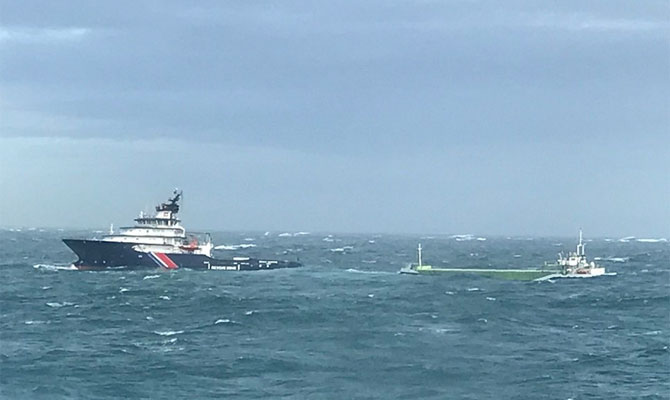