Aug 23 Update: 41 crew out of total 66 standed on board of 5 beached ships were evacuated by rescue team and helicopters, including all 19 crew from FLYING DRAGON, 12 crew from TAI CANG HU 1 and 10 from CHANG LONG 68. Other people are still on board, understood there’s no immediate danger. Authorities are fearing oil leaks, but there’s nothing they can do about it now, while storm is still raging in the area.

Five general cargo ships were beached by storm early in the morning Aug 23 along Kaohsiung beaches, TAI CANG HU 1 and AN LI 669 are aground to the south of Kaohsiung entrance, and SHUN HONG, CHANG LONG 68 and FLYING DRAGON are aground to the north. There are 66 crew on board of grounded ships, they’re said to be relatively safe, Coast Guard helicopters are on standby to evacuate the crews if situation worsens. No salvage possible until weather improvement. 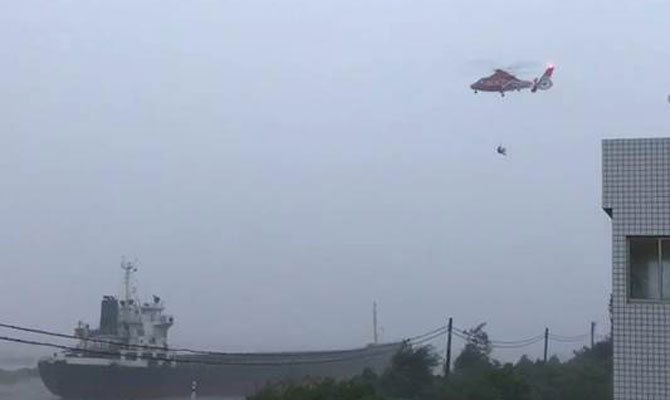 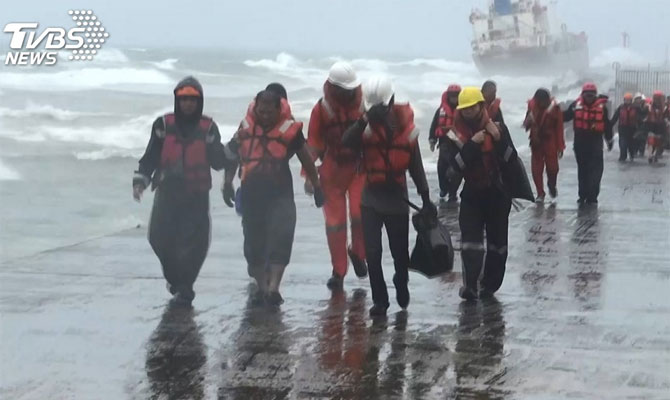 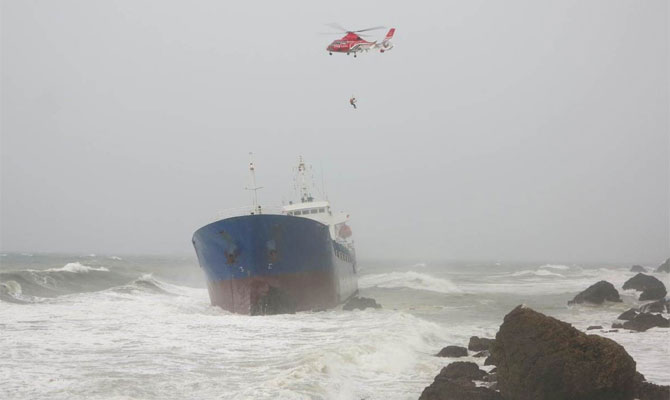 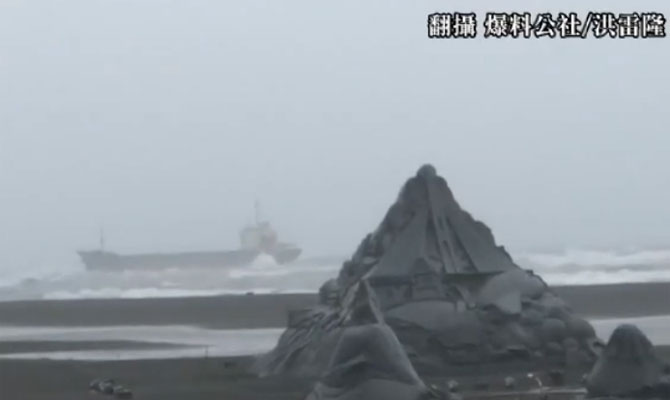 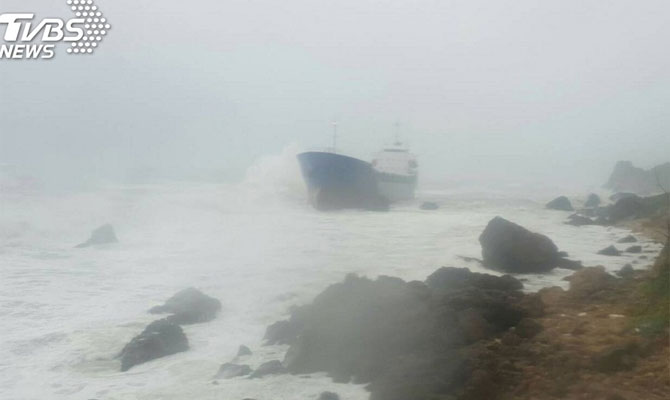 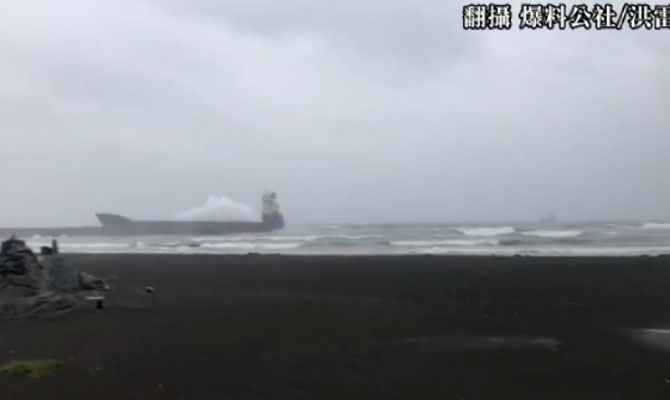