General cargo ship CELTIC VENTURE called Ceuta in the morning Jul 18, and stayed at port for several hours. Looks like she called Ceuta for bunkering only. Bunch of migrants, loitering around port facilities for quite a time already, suddenly started to throw stone at the ship and CEPSA workers, busy with bunkering. Soon, workers were compelled to stop their work, being under barrage of stones. Civil Guard had to intervene. It is not know if the ship managed to get fuel in full, or had to leave Ceuta because of migrants displeasure. Or probably, it was just migrants idea of having fun and bringing the diversity to otherwise, dull port’s existence. Reportedly, it wasn’t the first such accident. Ship left Ceuta at 1330 UTC, bound for Netherlands.
General cargo ship CELTIC VENTURE, IMO 9238399, dwt 5005, built 2002, flag UK, manager CHARLES M WILLIE & CO SHIPPING. 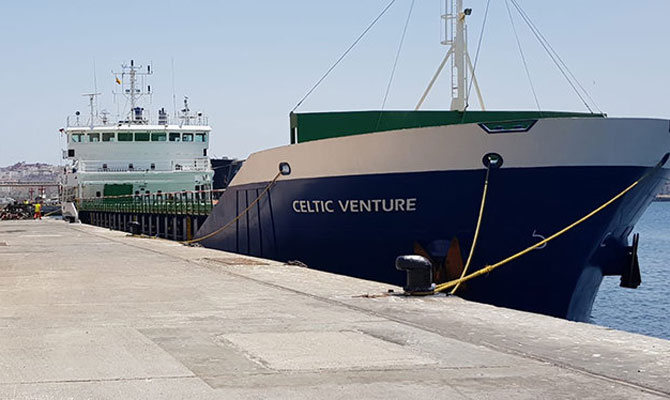