General cargo ship BLIKUR suffered explosion in engine room while entering Reykjavik, Iceland, in the afternoon Jun 25. There wasn’t fire, only a lot of smoke, said Morgunbladid mbl.is, citing Eimskip liaison officer. The ship was brought to anchor, and later berthed. Reportedly some crew were examined by medics for possible smoke inhalation. BLIKUR arrived at Reykjavik from the UK, as of morning Jun 27 she was berthed at Reykjavik.
General cargo ship BLIKUR, IMO 9261994, dwt 5565, capacity 493 TEU, built 2003, flag Antigua. 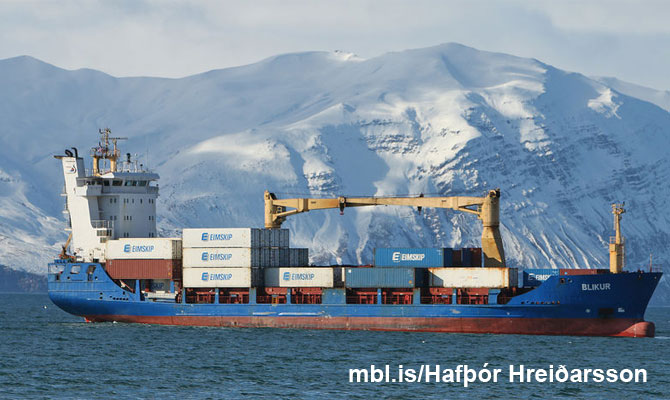