Dredger BARLOVENTO PRIMERO sank in the afternoon May 30 at Suances port entrance, west of Santander, Spain, Bay of Biscay. Three crew are safe. Dredger was carrying out dredging works on port’s channel in order to increase its’ depth. Dredger capsized while sinking, with bow section remaining above the water. The wreck is marked by buoy, channel traffic isn’t affected. The cause of sinking wasn’t named, probably it was water ingress in aft area. All photos full scale and video http://www.eldiariomontanes.es/region/besaya/hunde-suances-draga-20180530181907-nt.html
Dredger BARLOVENTO PRIMERO, IMO 5299486, dwt 468, built 1962, flag Spain. 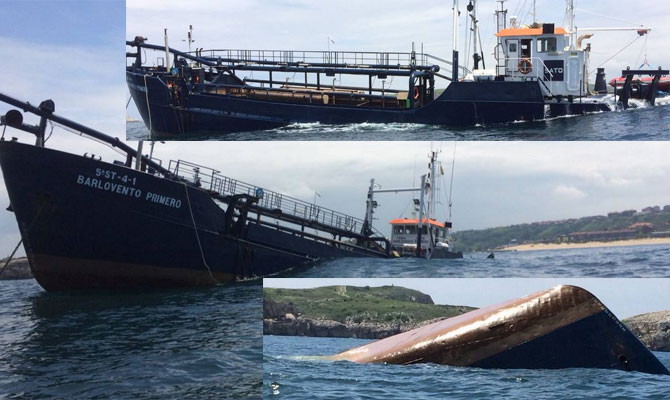