Chemical tanker MRC HATICE ANA suffered engine failure on May 25 in the Atlantic off Portugal/Spain coast, while en route from Greece to Germany with 2670 tons of paraffin on board. Following events are unclear – tanker was adrift for quite some time, resumed moving on May 27, whether under tow or under own power is unknown, at some 6-7 knots speed. On May 29, according to Spanish sources, tanker asked Spain Authorities for shelter, and was granted permission to call La Coruna. She was berthed at La Coruna early in the morning May 30. Tanker is waiting for spare parts to arrive to La Coruna, to complete repairs and resume voyage. Photo of MRC HATICE ANA berthed at La Coruna from lavozdegalicia.es
Chemical tanker MRC HATICE ANA, IMO 9536935, dwt 6131, built 2011, flag Malta, manager MRC DENIZCILIK TURIZM, Turkey. 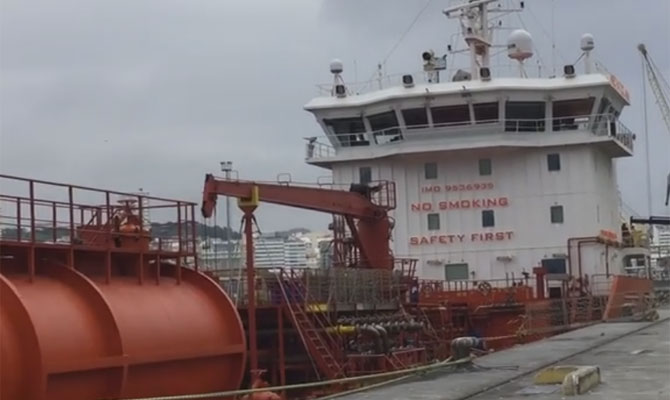