Cruise ship VISION OF THE SEAS reportedly suffered blackout early in the morning May 22, while en route from Mykonos to Santorini in Sea of Crete, with only emergence lights on. According to Cruise Law News cruiselawnews.com, the ship was drifting for some time, and then resumed sailing, after fixing problem, towards Santorini island. Judging from ship’s track, there was no drift on May 22, only speed reduce, which lasted for some 2 hours. The ship reached Santorini in the morning and left in the afternoon.
Cruise ship VISION OF THE SEAS, IMO 9116876, GT 78340, built 1998, flag Bahamas, operator Royal Caribbean, capacity 2435 passengers, 765 crew. 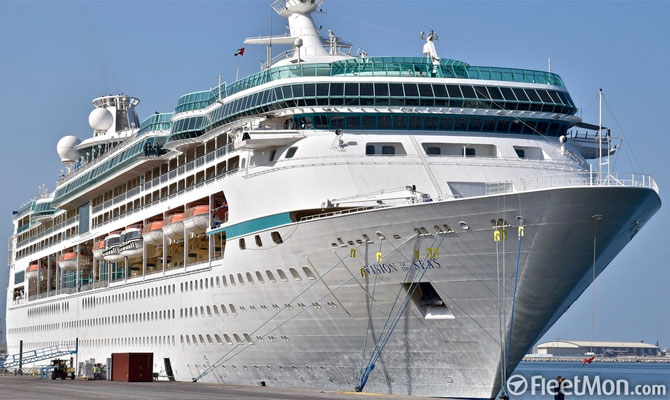