May 24 0700 UTC:
In the morning May 24 official statement said, that the fire on board of car carrier AUTO BANNER was extinguished after 67 hours of large-scale firefighting, involving hundreds of firefighters and dozens of engines, tugs and SAR ships, and helicopters. Of 2440 cars on board, some 1500 said to be burned down, together with 5000 tyres. As of now, it is believed, that overheated engine of one of the cars located somewhere in the middle of cargo deck 11, was the cause of the fire. Investigation is under way, it will take not less than a month to determine the cause of the fire.

May 23 0600 UTC:
By morning May 23 fire said to be under control, soon to be fully extinguished. There was still fire on cargo deck or decks in stern section.

May 22 1700 UTC:
Firefighting is still going on, officials said it will take 1 or 2 days more to extinguish fire, cool the insides of cargo decks and make sure nothing is smoldering. As of afternoon May 22, firefighters entered cargo deck 10 in breathing apparatuses, and found, that cargo deck 11, where fire originated, collapsed onto cargo deck 10. It is said, that 1460 cars on decks 11-13 were burned, several cars on deck 10 also burned out. Heavy black smoke emitted by burning tyres spread as far as 10 kilometers from port.
Firefighters had to cut several holes in ship’s hull to get access for pouring water and foam inside, as cargo decks engulfed by fire turned into giant furnace, and firefighters couldn’t get to fire otherwise.

May 22 Update 0330 UTC: By 0100 Seoul time officials said, that fire was more or less under control, threat level was reduced, but still, fire is far from being extinguished. Fire started on 11 cargo deck.

May 21 Update 1500 UTC: The fire is still raging inside AUTO BANNER car carrier, yet not under control. As it came out, there are some 2100 used cars on car carrier’s cargo decks, and some 1200 of them are on fire. Officials said there’s little hope of extinguishing fire or taking it under control during night time. 3 teams of 8 people each said to be on board, engaged in firefighting. Some reported said, there’s a thick smog billowing from port with strong chemical smell. 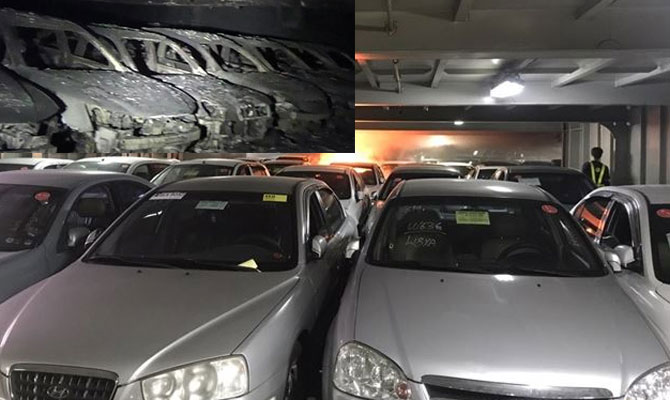 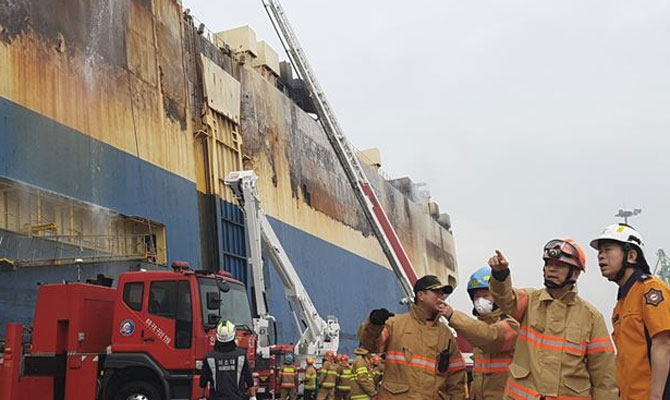 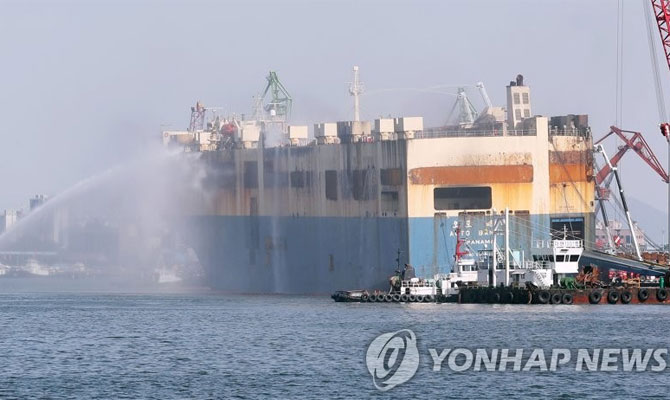 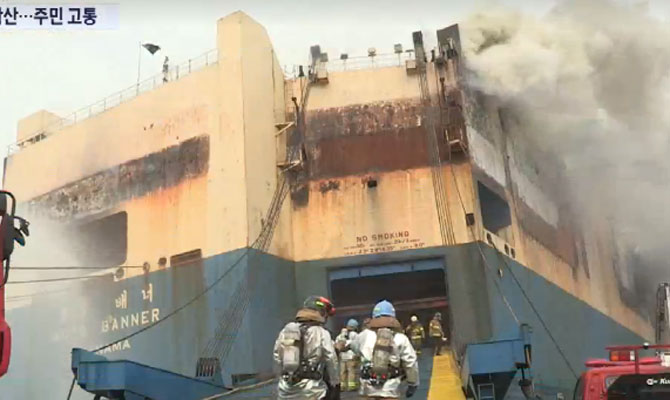 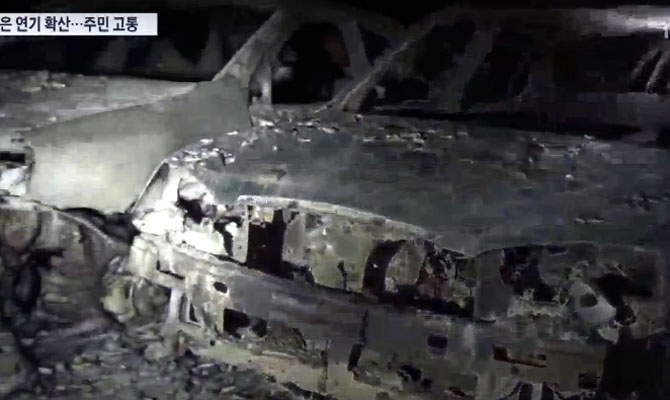 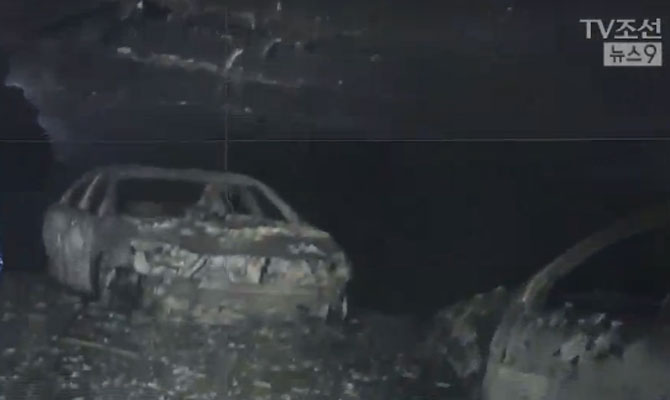 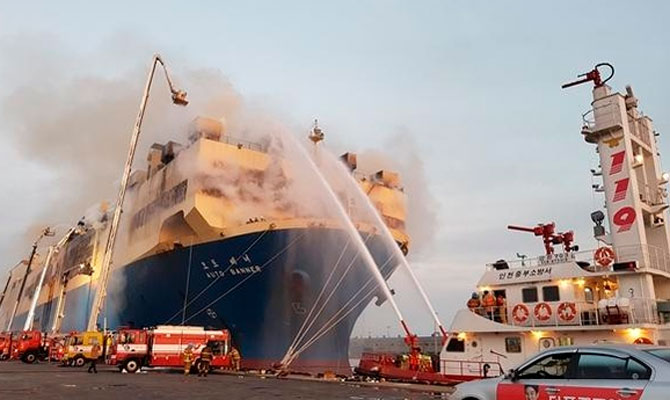 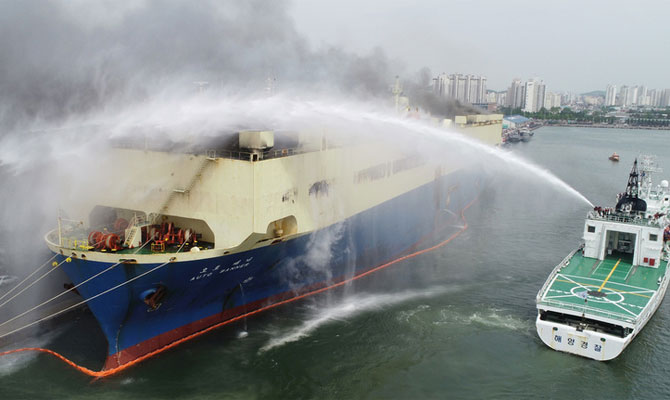 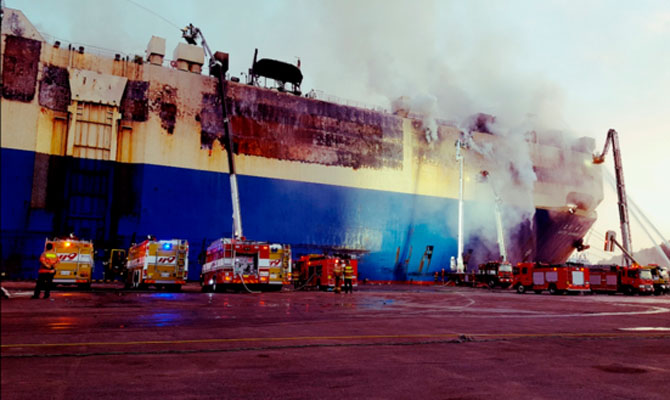 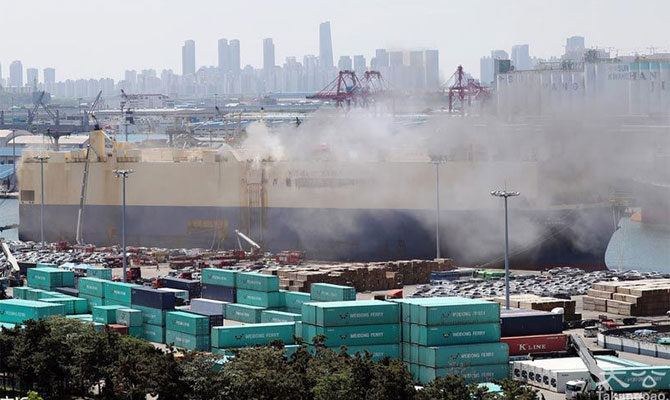 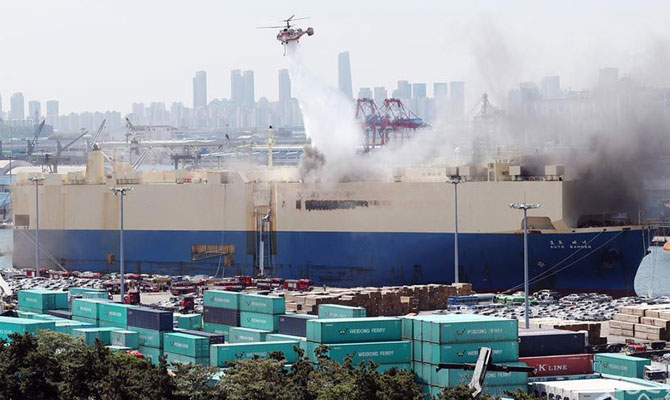 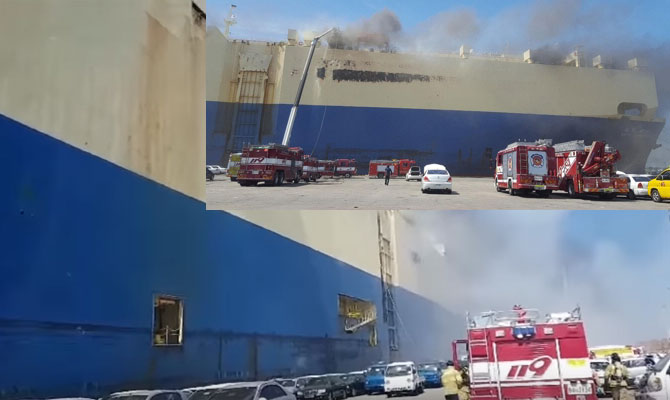 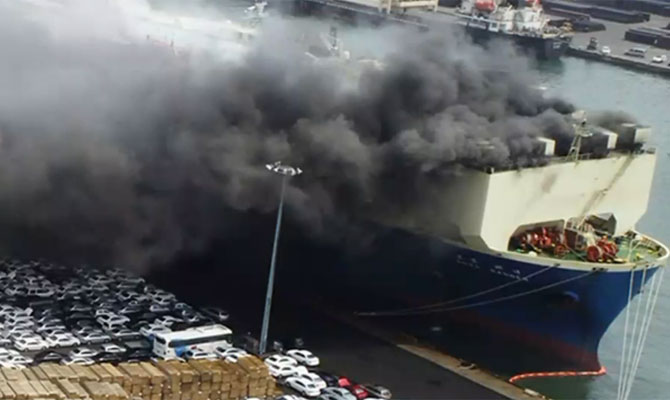 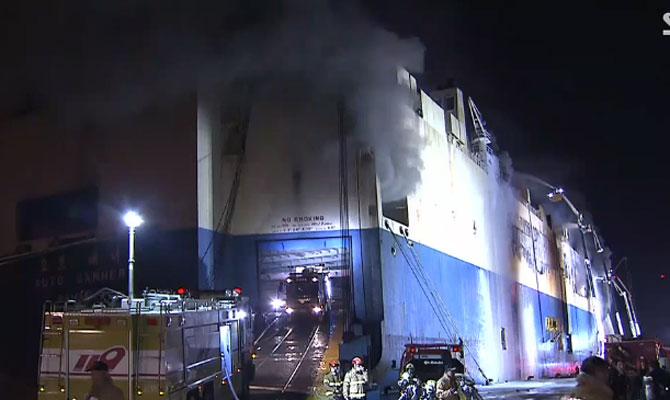 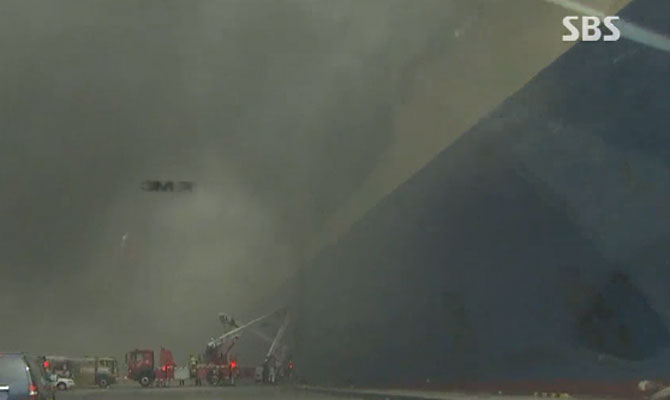 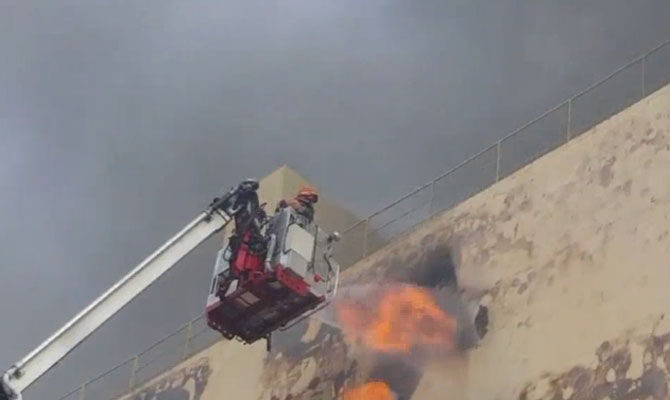