Cargo ship CHUANG SHENG HAI suffered an explosion on board in the afternoon May 16 in vicinity 22 06N 114 00E, west of Dangazhen, Wanshan Archipelago, south of Hong Kong. 1 of 12 crew was killed by explosion, the rest were rescued by nearby ships. SAR ship NANHAIJIU 116 (IMO 9607485) was sent to salvage cargo ship. Understood explosion occurred in engine room and spread around superstructure, the ship was loaded, reportedly, with cement in bulk. By morning May 17 fire was taken under control, 5-men emergency team boarded the ship. There was a second explosion of a gas tank. Understood the ship is salvaged, though AIS is absent since the time of explosion.
Cargo ship CHUANG SHENG HAI, MMSI 413323430, dwt 6323, flag China. 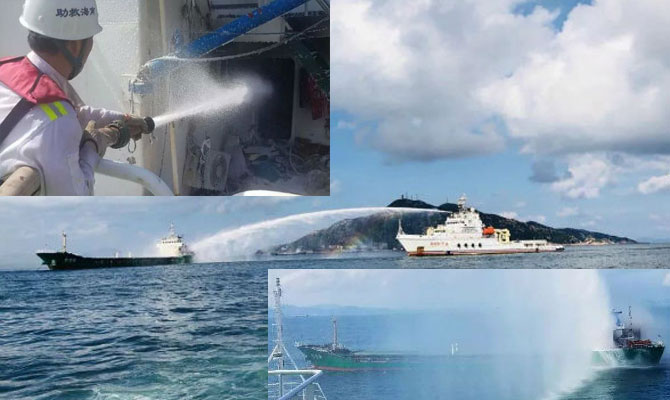