Fire broke out in several containers on aft cargo deck of container ship SITC OSAKA, berthed at container terminal of Rokko island, Kobe, since May 4. All crew reportedly evacuated, as of 1500 Tokyo time firefighting was still on. Not clear why fire broke out, was it connected with recent mishap, when container ship collided with another container ship NYC VENUS, read below. Obviously, SITC OSAKA was delayed in Kobe because of collision and most probably, damages sustained, but no other details are available at the moment.

Collision news:
Container ship SITC OSAKA collided with large container ship NYC VENUS at around 0700 Tokyo time May 4 near artificial Rokko island, Kobe. SITC OSAKA was entering Kobe, while NYC VENUS was leaving. Not much details on collision and damages sustained, it was only mentioned, that neither ship sustained underwater hull breach, and there were no leaks. NYC VENUS was allowed to resumed voyage late at night same day. SITC OSAKA was berthed at Kobe and remained berthed, probably because of damages inflicted by collision. 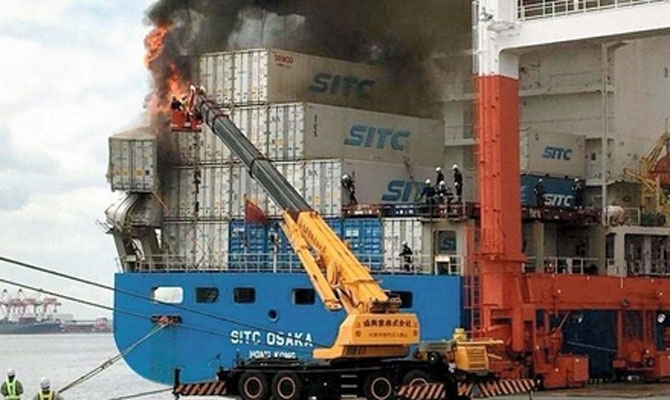 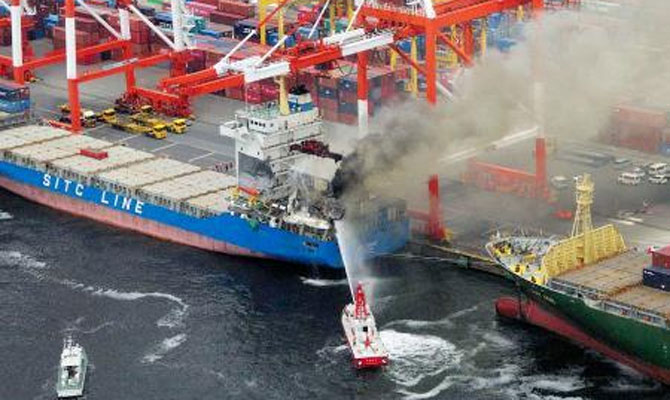 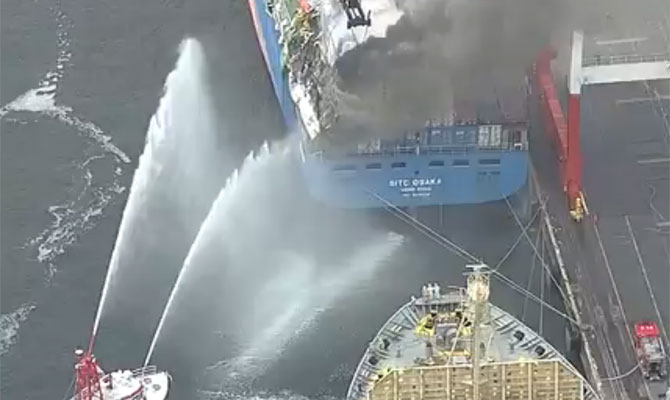 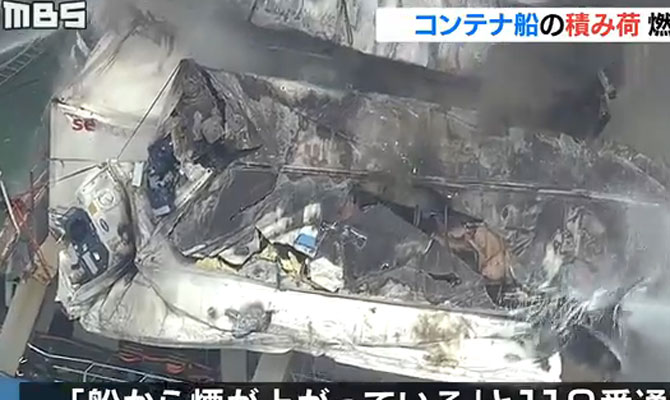 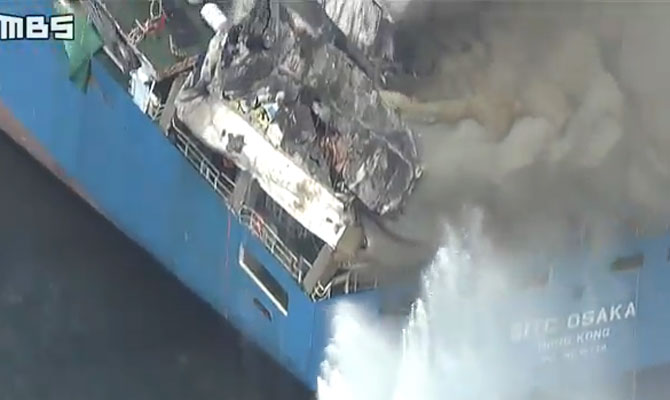 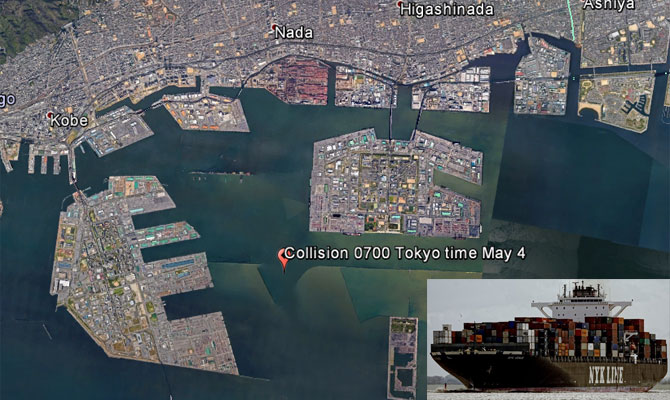