Much touted in Russia cruise liner PRINCE VLADIMIR, still berthed at Sochi port, Russian, Black sea, was to kick off 2018 Crimea cruise season on Apr 29, but opening cruise was delayed due to “monitoring system failure”, whatever it may mean. PRINCE VLADIMIR was to fix problem and set sail with passengers, bound for Crimea, on May 6, but failed again, this time because of fire in engine room, which took place during the night May 5-6. No additional information was available in Russian media, it was said only, that there were no passengers on board and that “the fire was quickly extinguished”, all crew meanwhile, were evacuated.
Passenger ro-ro ship PRINCE VLADIMIR (ex- ROY STAR, ROYAL IRIS, ELOISE, THE AZUR, AZUR, EAGLE) IMO 7032997, GT 14717, built 1971, capacity 990+ passengers, crew 250. 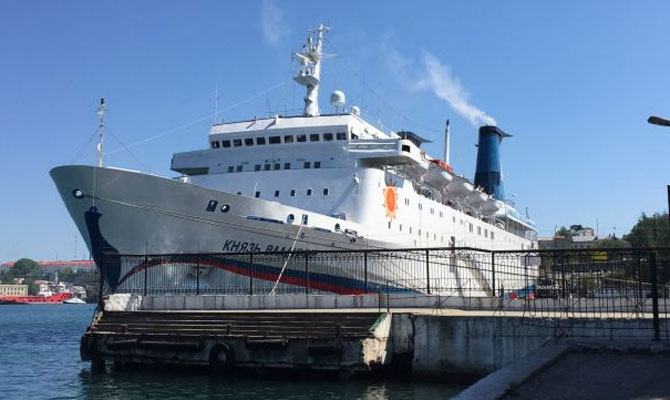