Fire erupted in cargo hold of general cargo ship MICHAEL PUTRA in the afternoon Feb 28 in Java sea, some 15 nm south of Bangka Belitung Islands, in position 03 16S 106 52E. The ship with 20 people on board, crew and passengers, was en route from Tanjung Pinan province, Bintan island. The crew couldn’t control fire, and all people left the ship, being rescued by fishermen. The ship has a cargo of 17 Toyota vehicles, 36 motorbikes and general goods. Understood the ship is adrift, burning.
General cargo ship MICHAEL PUTRA, IMO 8110150, dwt 1534, built 1981, flag Indonesia, manager Yohanes, Jakarta. 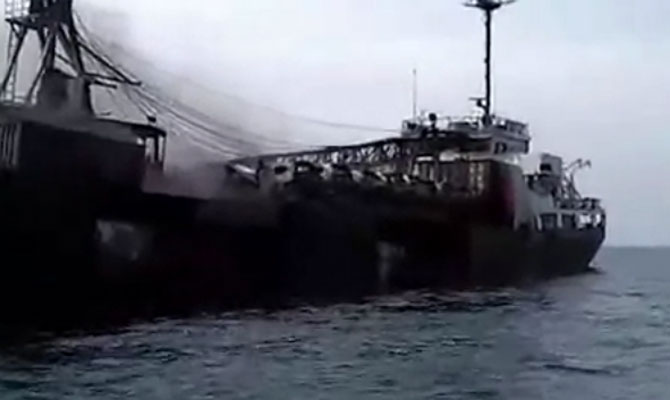 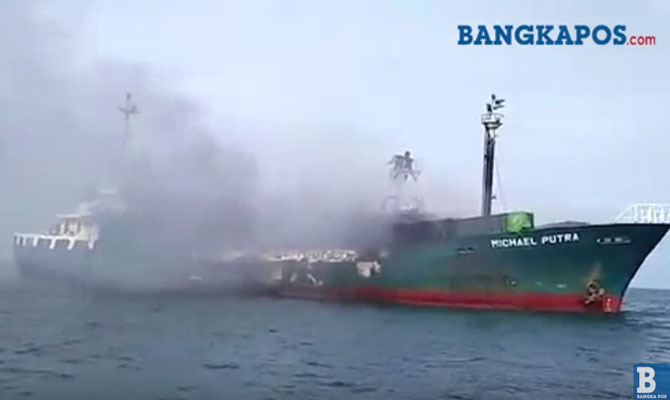 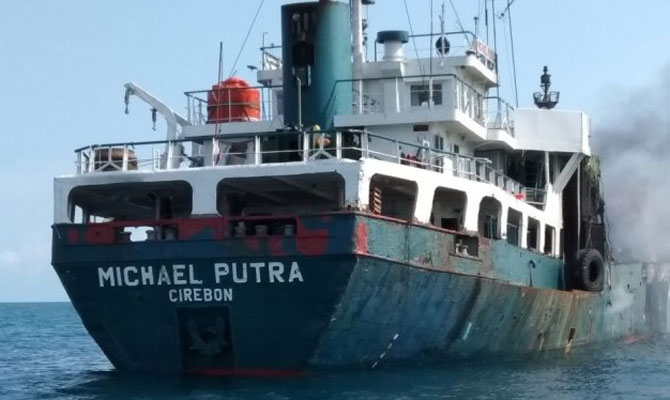