Fire erupted on board of a cable-layer LIVING STONE in the evening Feb 14 at Santurtzi Ship Yard, Biscay Province, Spain. Vessel is under construction to be completed this year, berthed at one of Yard’s piers. Four technicians from the owner, Dutch company Tideway, were treated for smoke inhalation. Fire screening the ship with a lot of black smoke was put under control in about an hour. LIVING STONE is haunted by mishaps, in September last year owner tried to hijack the hull from bankrupted La Naval Ship Yard, see http://maritimebulletin.net/2017/09/22/dutch-company-tried-to-hijack-its-ship-under-construction-in-spain/
Video at eitb.eus
Cable layer LIVING STONE, IMO 9776925, GT 18900, flag Netherlands, under construction, to be built 2018, owner Tideway BV Netherlands. 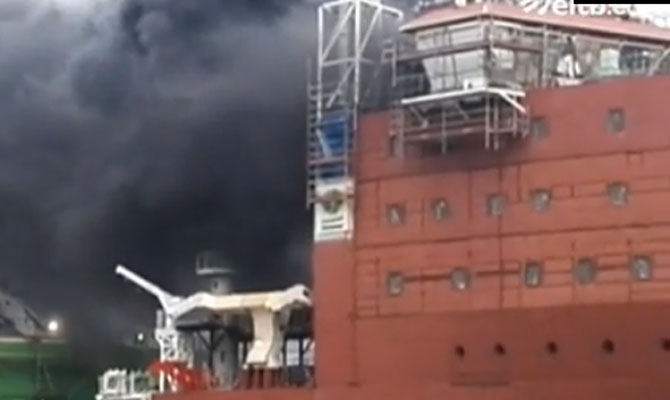 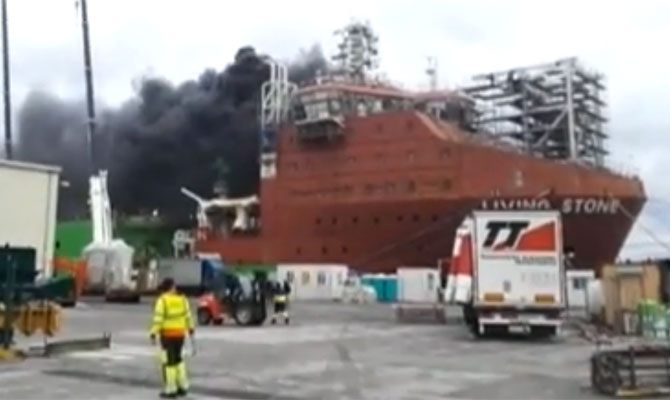