General cargo ship CANCI LADJONI 3 sank in waters between islands Kayuadi and Jampea, south of Selayar island, southern Sulawesi, in the morning Jan 27. 20 crew were rescued by locals. Water ingress said to be the cause.
The ship was in Lembak from December until Jan 14 at least, with cargo of fertilizers, as good as abandoned, detained by the authorities for faulty ship’s documents. it was said, that the ship and the crew were provided with valid documents, owner accusing authorities in unjustified detention and ensuing financial losses. On a photo CANCI LADJONI 3 while under detention in Lambok.
General cargo ship CANCI LADJONI 3, IMO 8127311, dwt 3197, built 1983, flag Indonesia, owner PELAYARAN SURYA BINTANG TIMUR, Surabaya. 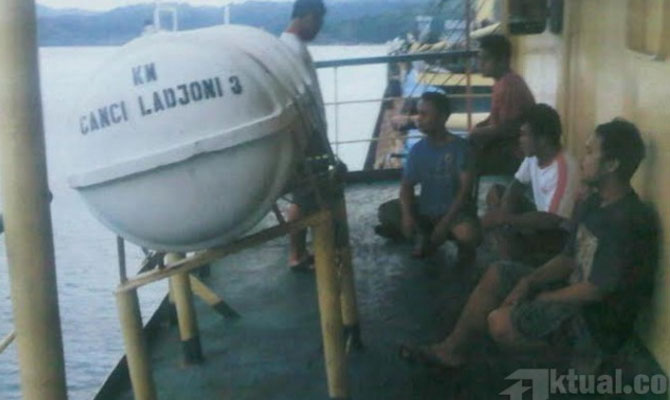