Owner (http://www.dizman.com.tr) of Turkish freighter which ran into trouble in Mediterranean off Corsica on Jan 16, finds accident news and interpretation, given by French CG and media, incorrect, and wrote to Maritime Bulletin. According to owner, the ship wasn’t in danger, and resumed sailing after fixing main engine fuel filters problem in less, than an hour. Master and owner didn’t ask for assistance. The ship was ordered, nevertheless, to proceed to Ajaccio, Corsica. She reached Ajaccio under own power, escorted by French SAR ship. She’s still docked at Ajaccio, owner lost time and money, the ship meanwhile, is waiting for lube oil supply.
One may doubt owner’s report, but such incidents happen regularly – ships which aren’t in actual trouble, providing they’re in coastal State waters, are forced into salvage, by CG and MRCC request or direct order. Or being detained by PSC because of this or that deficiency, they’re forced into fixing deficiency by companies or specialists, “recommended” by PSC and port authorities.
Maritime international bodies meticulously monitor and record all types of piracy, be it hijack or petty theft. Described above malpractices happen everywhere on a regular basis, and basically, they’re acts of States’ piracies. There’s no other definition for enforced “salvage” or “repairs” except “State-backed (or instigated) piracy”. Still, such incidents are totally overlooked by all those, who claim and praise themselves as representatives of merchant marine.
Voytenko Mikhail
January 19, 2018 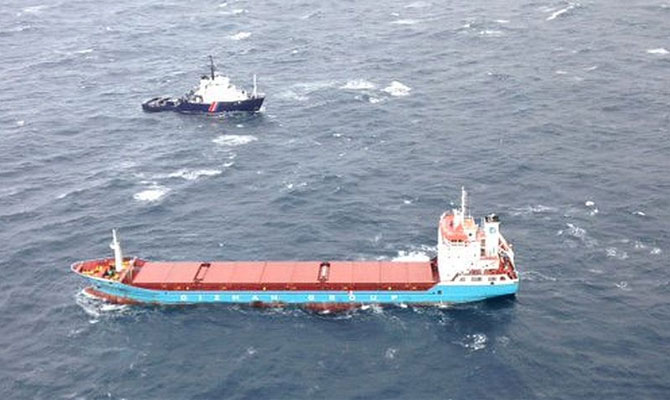