Fire erupted on a lower cargo deck of ferry STENA BRITANNICA early in the morning Jan 17, while ferry was approaching Harwich en route from Hoek van Holland. Fire started in one of the trucks and spread to other trucks. The ship according to AIS, made a wide circle. According to STENA statement, fire was extinguished or isolated by crew, ferry reached Harwich, where passengers disembarked, while firefighters went aboard. Together with crew, they extinguished fire by 0700 LT, by 1015 LT all vehicles affected by fire were taken off ferry.
Passenger ro-ro ship STENA BRITANNICA, IMO 9419175, GT 64039, built 2010, flag UK. 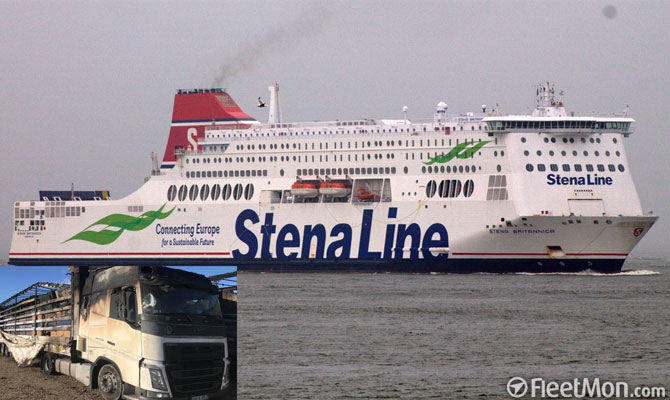