Iranian Navy frigate DAMAVAND was pushed onto breakwater at Bandar Anzali Port, Iran, Caspian sea, on Jan 10. Accident was caused by strong wind and waves, and of course, by crew mistakes in navigating the ship. 6 crew were thrown overboard by jolt, 4 were rescued, 2 went missing. Frigate was taken off breakwater, sustained damages are slight – according to official Navy statement. How slight they are, or how heavy, may be assessed from her underwater hull looks.
Iranian Navy frigate DAMAVAND, Moudge-class, displacement 1500 ton, built 2013, armament helicopters, anti-ship missiles, surface-to-air missiles, torpedoes, modern guns and air defence guns, complement 120-140, attached to Iranian Navy Forces in Caspian sea. 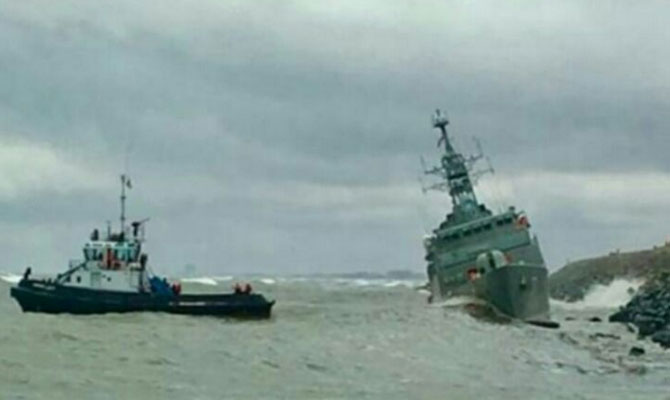 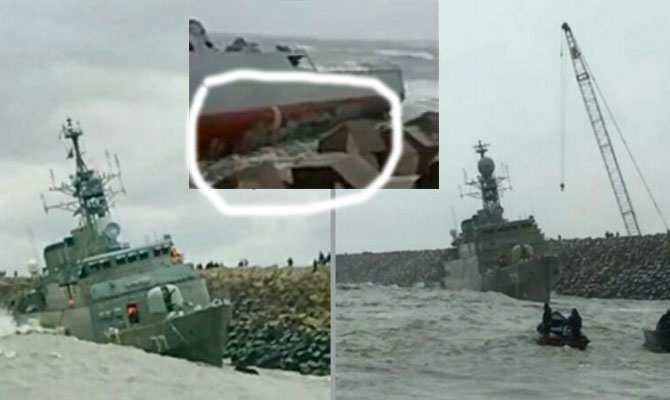