Fire erupted in cargo hold of general cargo ship docked at Seville port Terminal Esclusa, Spain, in the afternoon Dec 31. Fire was extinguished by firefighting teams both of port and of Seville city. The ship was loaded with beet, fermenting process said to be the cause of the fire. Ship’s details weren’t revealed except that she arrived from Lithuania. Most probably, ship in question is Dutch general cargo ship AMBER, which arrived at Seville from Liepaja, Latvia.
General cargo ship AMBER, IMO 9361378, dwt 6059, built 2008, flag Netherlands, manager FLAGSHIP MANAGEMENT CO BV. 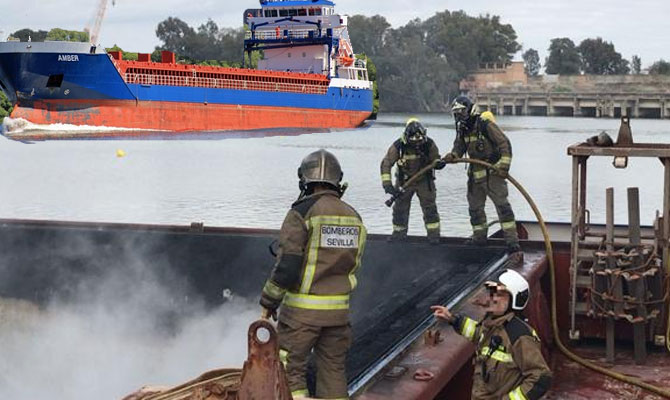