Colombian Navy tug ARC PASCUAL DE ANDAGOYA sank in the morning Dec 19 in the Pacific waters of Colombia, being caught in heavy weather. 6 crew went into life raft or rafts and were rescued by nearby fishing vessel, later they’ve been transferred to hospital by Navy helicopter, all said to be safe and sound. not much known on ARC PASCUAL DE ANDAGOYA, except that it’s a Navy tug. On photo allegedly, sinking PASCUAL DE ANDAGOYA. 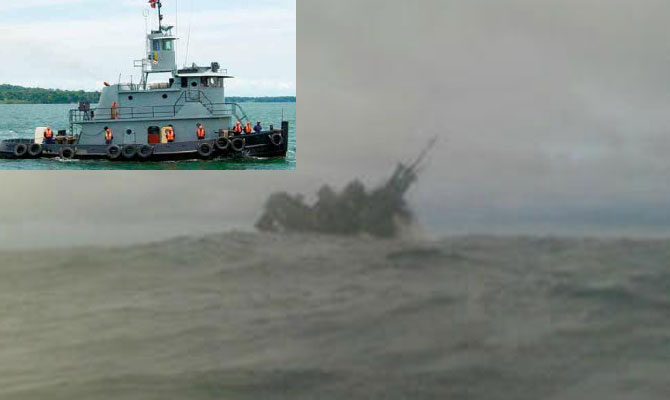