Thailand to buy Chinese submarines
Thailand signed an agreement on Friday to import Chinese-made attack submarines.
China Shipbuilding Industry Corp, one of the Chinese Navy’s biggest contractors, announced on its website on Monday that the agreement to export the S26T submarine was signed in Beijing by Admiral Luechai Ruddit, chief-of-staff of the Royal Thai Navy, and Xu Ziqiu, chairman of China Shipbuilding and Offshore International Co, the trade arm of CSIC.
China Daily May 10 2017

THE NAVY has released a document detailing the reasons why the country needs to spend Bt36 billion on buying three submarines from China. The move came after PM Prayut Chan-o-cha suspended the procurement of the Yuan Class S26T submarines and told the Navy to explain to the public the necessity of protecting the country’s marine interests and why it wanted to buy the subs.
The Nation July 31, 2015

Navy admits price for 3 Chinese vessels MIGHT top Bt36 bn if technology changes
Procurement of the first submarine, worth Bt13.5 billion, was confidentially approved by the Cabinet on April 18. THE Royal Thai Navy admitted yesterday that the deal to buy three Chinese submarines could cost more than Bt36 billion ($1,116 billion).
The Nation May 02, 2017 01:00

To assess Thailand’s deal to build three submarines in China, we have to understand what Air-independent power (AIP) means, and how advanced Chinese AIP technologies and submarines are. As well as propelling the submarine, AIP provides lighting and electrical power for air-conditioning, refrigeration and other loads. Hence Air-Independent Power.

AIP submarines are much more advanced and capable of underwater warfare, than conventional diesel electric submarines, being able to stay underwater for much longer time, up to 1-2 months, and sail at much higher speed. AIP boats may be considered as something in-between conventional and nuclear submarines, but unlike nuclear ones, AIS boats aren’t so noisy, they’re as silent as diesel electric submarines. All of it taken together – underwater endurance and speed, plus silent run – makes them a very effective weapon, more effective and deadly, at least in some applications, than nuclear or conventional submarines. So AIP-driven submarines seem to be the perfect choice for countries which can’t afford nuclear submarines, but are wealthy enough to procure AIP-driven ones.

Thailand is buying from China Yuan Class S26 T boats, which were said to have been developed exclusively for Thailand based on China’s Yuan Class Type 039 A submarines.
They would be nearly 78 metres long and 9 metres wide, equipped with the latest technology AIP (Air Independent Propulsion) system, that would allow them to dive consecutively up to 21 days without surfacing.
What is Yuan-class, how China got AIP technology and engine, and what’s the status of China Navy in general?
According to Thailand proponents of Yuan-class submarines deal, these China developed and built boats are a perfect choice for operating in shallow Thailand coastal waters, first of all Gulf of Siam waters.
China Navy is also propagating Yuan-Class boats as “coastal” submarines, but some researches cast some doubts on that claim:
…the Yuan is a large conventional submarine, only marginally smaller than a Soryu-class boat—on the order of 15 percent smaller. Perhaps a better comparison would be with the PLAN’s other large conventional submarine, the Russian-built Project 636 Kilo. That comparison shows the Yuan comes out as being slightly bigger than a late model Kilo. As a matter of fact, it is one of the largest conventional combat submarines in the PLAN inventory, and is no more maneuverable in shallow water than other large conventional submarine designs, such as the Kilo or Soryu-classes. If a navy truly wishes to invest in a “coastal submarine,” or SSC, then it would look at submarines like the German Type 205 and 206, and the North Korean Sango, all of which come in at less than 500 tons submerged displacement.
(Inside the Design of China’s Yuan-class Submarine USNI News August 31, 2015)

The AIP engine China uses in its Type 039B submarine is a Stirling Engine imported from Sweden in the 1980s. They say, that China succeeded in copying the engine and installed China’s homegrown version in its 039B conventional submarines, spending almost 10 years in developing a brand new type of engine entirely with China’s own intellectual property. Just how good is this brand new type (and how much of it is genuine Chinese intellectual property), is anyone’s guess. It’s what China claims, nothing more than that.
Bare facts tell us, that Thailand is buying submarines, which are to be built with the use of technologies, which were initially, bought or obtained otherwise, from other countries, including Sweden and Soviet Union. As a matter of fact, Chinese submarine shipbuilding wouldn’t be possible, at the time it started, without Soviet technical and technological assistance. But this is not the end of the story – best known types of Soviet diesel submarines were in fact, developments of German U-boats prototypes. Summing it all up, it comes to a submarine, which is built on technologies and projects, developed in several countries, and somehow mixed into a cocktail, which is called Yuan-Class submarine.

Soviet engineers and shipbuilders didn’t create their own, original AIP technologies. They obtained AIP technologies after WWII, while scavenging in the ruins of devastated Germany’s industries. It didn’t help Soviets much – up until now Russia doesn’t have full-fledged AIP submarine. With many pains, Russia built only one “Lada” type submarine (Project 677), under the name of “Sankt-Peterburg”, in 2004, she was commissioned in 2010, but is still undergoing trials, to be put under repairs and modernization soon (not yet being fully operational). Submarine has fallen far short of requirements, the main problem being AIP. Also there were a number of other major issues.

Why should Chinese engineers and shipbuilders advance with AIP more, than their Soviet colleagues, who laid foundation of modern People’s Liberation Army Navy (PLAN) and naval shipbuilding in China, in the first place? http://mdb.cast.ru/mdb/6-2002/at/snec/

A good example of Chinese advances in modern Navy shipbuilding is aircraft carriers. China doesn’t have yet its’own, designed and built, aircraft carrier. The only functional aircraft carrier China has, is an old Varyag (Kuznetsov class) ex-Soviet aircraft carrier, bought from Ukraine and refurbished, having been rolled out in 2011, as Liaoning. As for other aircraft carriers, which are to be built in China, all we know are PLA Navy plans to build two carriers, scheduled to start construction in 2013 and 2015 and launch in 2020 and 2022 respectively.

This year, I received from my Chinese correspondent a translation of an article on nuclear ships and notably, nuclear aircraft carriers, published by one of Chinese newspapers. It said, that Russia, no doubt (and there’s, actually, no doubt), will assist China in designing and building its’ own nuclear ships, with everything needed, from engineering to technologies. “And when we master building nuclear ships, like say, icebreakers, we’ll be capable of building nuclear aircraft carriers, and by that, deprive USA of its’ nuclear aircraft carriers monopoly!” gleefully summarizes author.
Russia is not exactly a paragon of technological breakthroughs, Russia lags on Soviet know-how (which in their turn, were mostly bought, or stolen, in the West – submarines, battle tanks, rockets and jet engines, to name very few). But even those remnants of former technological might are something not yet achieved by China.
So why somebody would look for Navy ships to be built with cutting edge technologies, in China, of all places, is anyone’s guess.

The Thai Navy said it wanted to buy Chinese submarine because it’s efficient and the most value for money. Five other countries would provide only two submarines for Bt36 billion.
Navy accentuated on those boats being AIP driven. Of course it’s a matter of taste and ideas on efficiency, but those who care for quality, prefer fewer first-class expensive things to more but cheaper things, especially in such sensitive matter, as procuring of advanced submarines.

China would transfer knowledge on the sub maintenance, its systems and weapons.
Bearing in mind, that Thailand doesn’t have submarines and doesn’t have submariners, we may assume, therefore, that Thai crews will be trained by Chinese Navy. Again, it’s a question of quality. Chinese Navy, as of now, is a bunch of many steel war-painted floating objects, carrying miscellaneous arms, and brandished around as a Navy, which is second to the US, but will soon surpass it, to rule the waves.
The history of the last several centuries, and especially, 19-th and 20-th centuries, of Chinese Navy, doesn’t demonstrate its’ superb battle qualities. During most part of 20-th century, Chinese Navy was as good as non-existent, being invariably defeated in each, more or less worth mentioning, engagement. There’s no other military branch as dependent on history, traditions and training combined, as Navy. Navy is much more than just ships, however modern they may be. Each and every war, global or local, were proof to it. One can’t but muse, just how good, how up to best standards and practices, will be Chinese training and the knowledge they are expected to transfer to Thai future submariners.
Thailand Navy submarine warfare experience is limited to some 13 years lasting from 1938 until 1951, when the nation did have squadron of four small submarines bought and built in Japan.

PLAN’s initial mentor, Soviet Navy, with all its’ Soviet and Tsarist Navy history, doesn’t have an impressive wins record, either. There were some wins in its’ past, but over inferior Navies only, like Turkish Navy. Soviet Navy in WWII was a total disaster (comparable to 1905 Tsushima Battle, which obliterated most of Russian Navy), and in WWI it did just little better than that. That is to say, that historically, Chinese Navy wasn’t tutored by the best mentors there were.

There aren’t many options in the world for a nation willing to get ground-breaking AIP submarines. A handful of navies can build them, including Sweden, Italy, Germany and France. Some navies claim they are capable of building AIP boats, such as Russia, China and India. But only Sweden, Italy, Germany and France can provide potential buyer with proven product, proven training and proven expertise. Why three cheaper submarines of a dubious quality were found better choice, than two top in its’ class, is beyond my comprehension. Well, of course I have some ideas as to the character of motivations, which were behind Chinese choice, but I’m in no position to discuss them. There are many opponents to this deal, inside Thailand, opponents and critics already said it all. 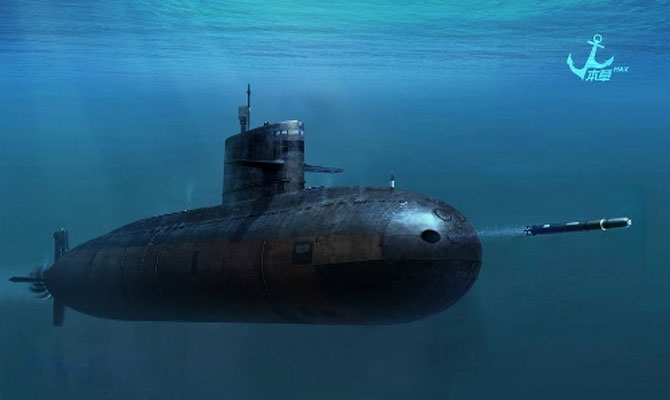 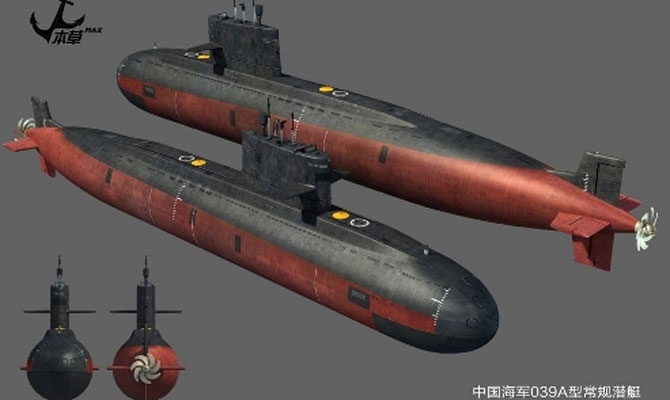 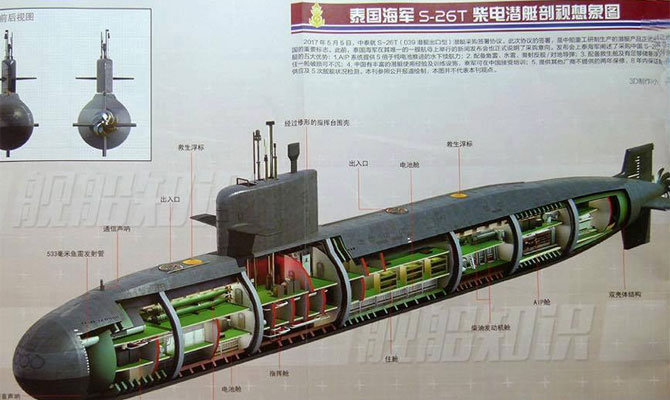 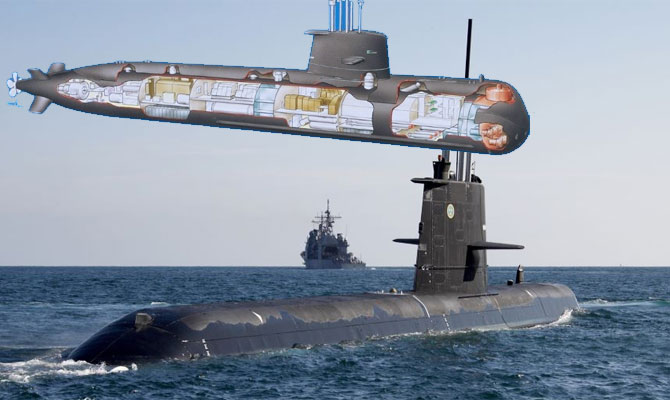 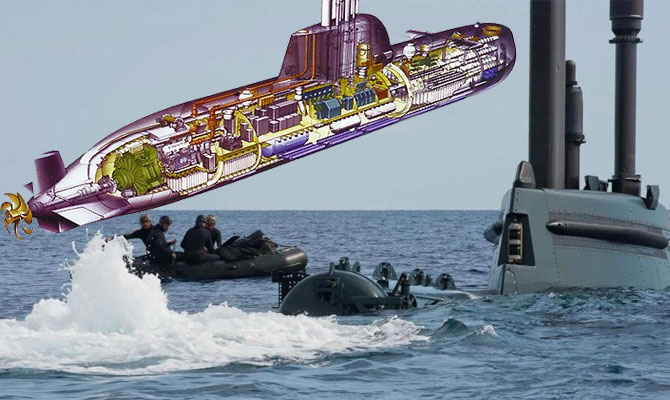 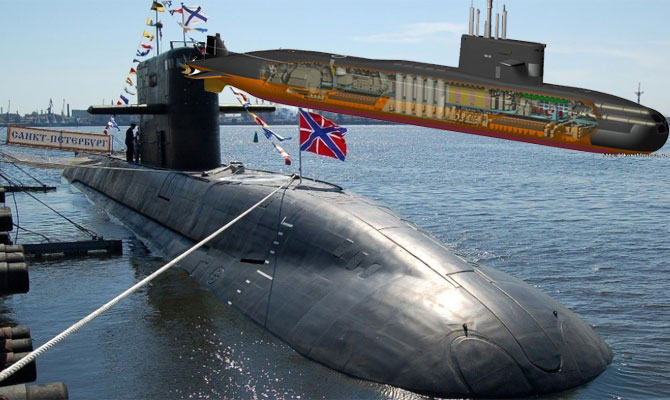