Crew member of a Singapore-flagged container ship made a video of pirates attack on Dec 7 south of Nigerian port Onne, Bight of Bonny, Gulf of Guinea. Name of the ship wasn’t revealed. The ship thwarted attack thanks to barbed wire fencing, speed and maneuvering. At one moment, 4 signal rockets were fired in the direction of pirates boat. Two-engines boat was carrying 8 pirates, armed with AK 47 assault rifles, and a ladder with a hook. Pirates gave up and turned away after about an hour’s chase. 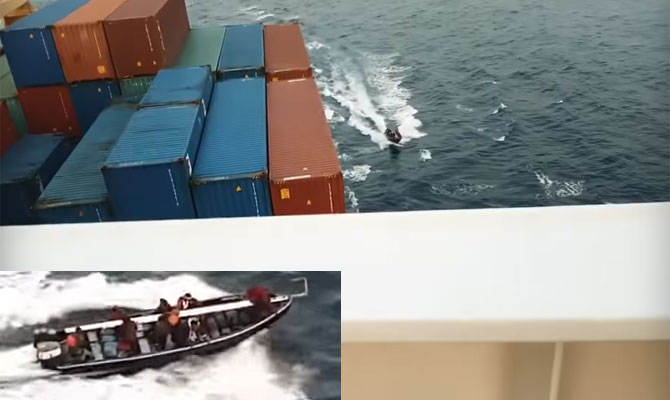