Dec 11: Ship’s stern is resting on bottom, fore part is afloat, hull moving around by currents, tides. KENEUKAI at the time of sinking was loading cement, some 52000 sacks were loaded. Oil leak reported. Salvage hampered by a wreck near ship’s sunk stern. From available information it may be surmised, that ship’s hull, initially, was punctured by this wreck, which caused engine room water ingress and flooding. 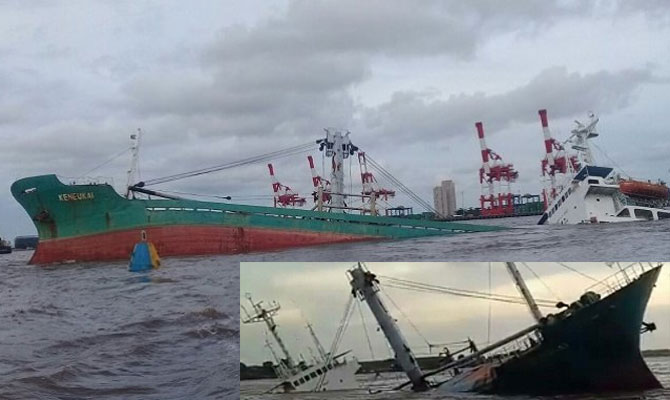 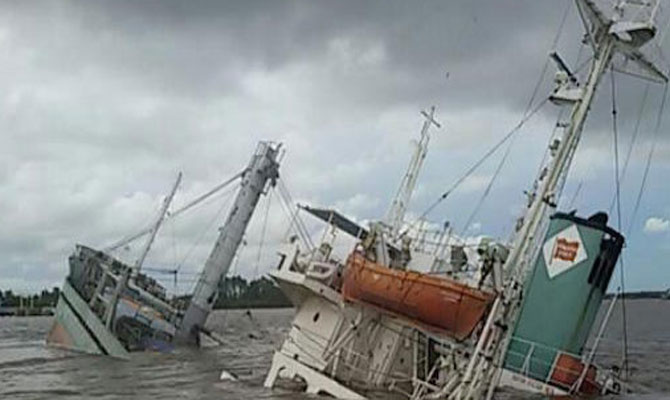