General cargo ship JORVIK ran aground shortly after 1800 UTC Nov 17 on river Ouse in front of Goole, UK, seemingly after mechanical failure. The ship was refloated, according to AIS, some 12 hours later, and towed to Goole. As of 0400 UTC Nov 18, JORVIK was still berthed at Goole. No information on damages.
General cargo ship JORVIK, IMO 9194282, dwt 3697, built 2000, flag Netherlands, manager FLINTER SHIPPING BV. 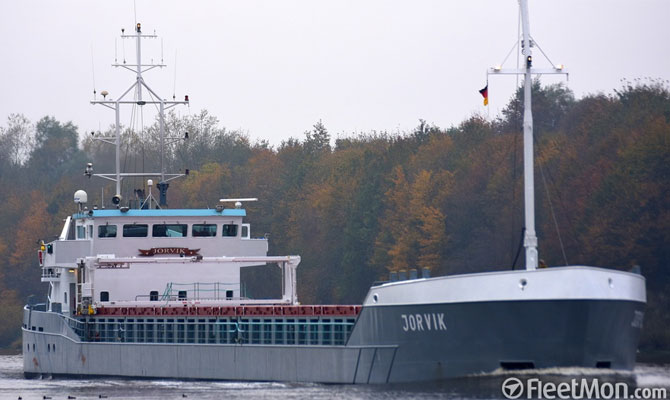