Fish carrier SEIKONGEN reported water ingress and sinking to Chonchi Port Control, Puerto Montt, Chile, at around 1100 LT Oct 18. Master took ship to shallows to avoid total ship’s loss, she was intentionally grounded. The ship is brand new, she was built in 2017. According to photos, the ship developed bow tilt and starboard list, on one of the photos she’s capsized, resting starboard on bottom. 11 crew are safe, there are 200 tons of salmon and about 70 tons of fuel on board. It’s interesting to note, that the ship initially maintained portside list, then listed starboard and capsized on starboard, while already being aground.
Fish carrier SEIKONGEN, IMO 9793985, dwt 2494, built 2017, flag Chile. 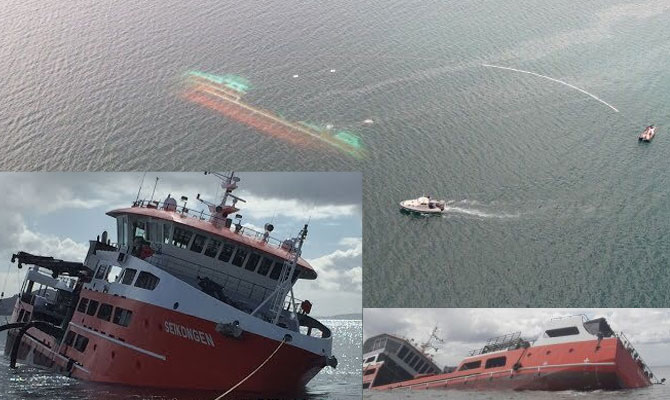