Passenger ship SAGA LEJON was bought by an unnamed buyer from Swedish cruise lines company to be deployed in West Africa as a ferry between coastal States, though this buyer is a suspect in illegal migrant trafficking. SAGA LEJON left Karlskrona but was intercepted by Swedish Coast Guard and taken to Ystad, because she was banned from leaving port, lacking some ship’s papers, including Flag State Certificate. The ship presumably, is registered under Togo flag. Survay and confirmation of Flag State reportedly, required for lifting ban. According to Swedish media, SAGA LEJON may be allowed to leave Sweden this week.
Passenger ship SAGA LEJON, IMO 6913376, GT 1178, built 1969, flag ?, owner ?, capacity 383 passengers. 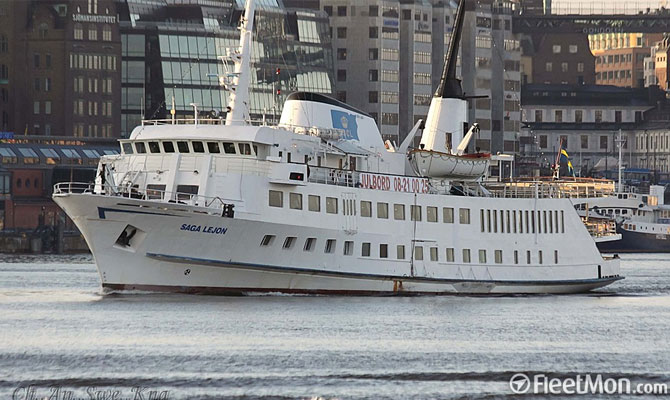