Royal Navy divers released the torpedo which had been speared by tanker SKAW PROVIDER anchor outside Portland Port in Dorset during a five-hour operation, wrote Daily Mail. Torpedo was spotted while tanker was heaving up anchor. It turned out to be a test torpedo that was heavily corroded and thought to be a few decades old. The crew then called the authorities who dispatched the South Diving Unit of the Royal Navy based in Portsmouth. Most of the crew were evacuated from the vessel although six people including the Master remained on board in case they were needed to fight a fire. Lt Cdr Campbell said: “The tanker was carrying approximately 1000 tonnes of fuel or oil. The fuel cargo was pumped into the aftermost possible tanks to reduce the effects of any explosion, and fire hoses were charged and ready to deploy if needed”. Photo Daily Mail.
As of morning Oct 15, tanker was anchored at Thames estuary anchorage, bound for London.
Product tanker SKAW PROVIDER, IMO 9327281, dwt 4279, built 2005, flag Malta, manager BROVIGTANK AS. 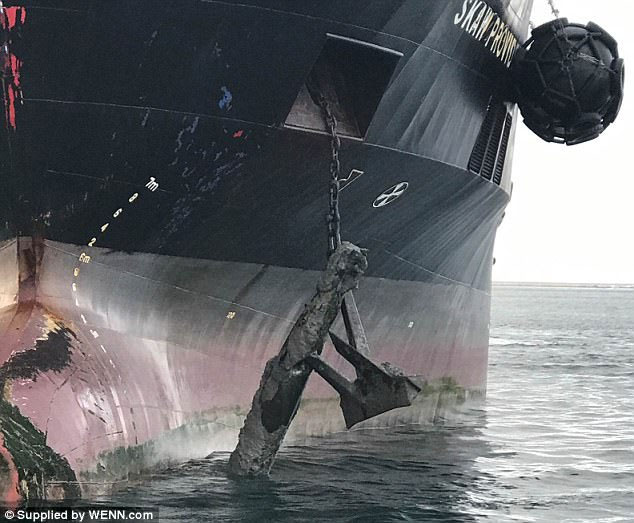